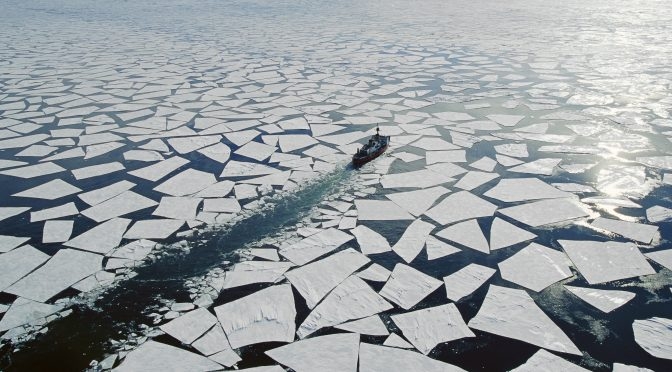 One week before Christmas 2017 the USS Little Rock left Buffalo, New York on its maiden voyage to its future homeport in Florida. The crew of the newest Littoral Combat Ship in the navy proudly entered the port of Montreal seven days later as part of a goodwill port visit between the United States and Canada.

The story of the Little Rock unfolds across the Arctic, albeit on smaller scales, as climate change provides unprecedented access to the region. Fishermen push farther north, cruise lines dare to operate through the Northwest Passage, merchant shipping increasingly travels along Arctic routes, and native communities are forced to travel greater distances to maintain subsistence traditions.

Within American waters the US Coast Guard is solely responsible for providing mariners with safety from the elements, illicit activity, and man-made disasters. With limited resources they accomplish their mission in the areas they are able to access. With only two operable icebreakers the coast guard is unable to safely conduct their mission in regions which are increasingly accessible due to receding ice levels. This gap in capability exacerbates international and economic consequences of an increasingly accessible Arctic against American interests. To conduct sustained Arctic operations in the national interest new icebreakers are needed and soon.

The US Coast Guard lists three active commissioned icebreakers – USCGC Polar Star, Polar Sea, and Healy. Of the three, only the Polar Star and Healy are capable of Arctic operations. The Polar Sea suffered major propulsion problems in 2010, relegating it to a spare part depot for the Polar Star, and both ships are over 10 years past their designed service life of 30 years. Furthermore,Polar Star is reserved to ensure access to McMurdo station, rendering Healey the only commissioned vessel to access Arctic ice-covered regions. 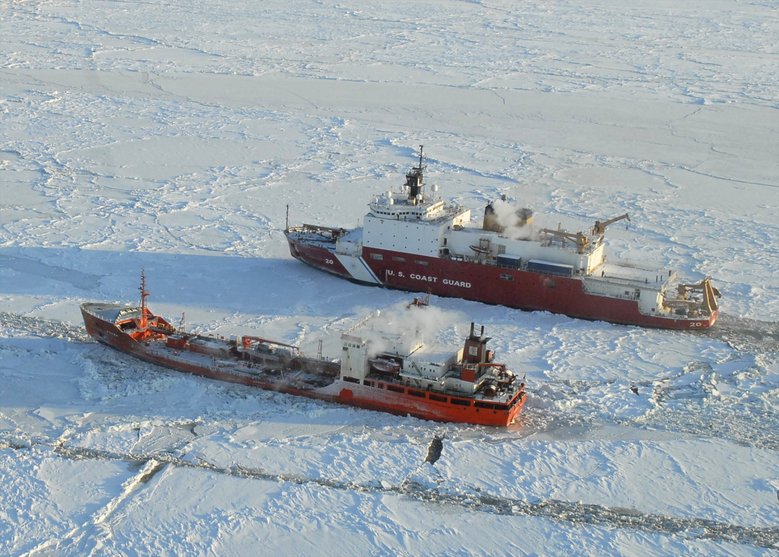 The coast guard has 11 statutory missions, nine of which pertain to the Arctic and require icebreaking capability. The Healy solely executes these missions from the sea. In 2017 these missions included extensive research with 40 embarked scientists, ice breaking patrols miles north of the Alaskan coast, and search and rescue (SAR) training.

These missions also include protection of marine living resources, drug interdiction, search and rescue, and migrant interdiction, which haven’t required persistent icebreaking capabilities in the recent past. Increasing levels of human activity in the Arctic indicate those missions are increasingly relevant and the recent dearth of those mission sets reflects a period of good fortune rather than trends to be continued.

Finally, the coast guard allots 185 “Days Away from Homeport” (DAFH) per ship per year, including transit time and port visits to actual on-scene operations. Budgeting Healy’s DAFH reveals, optimistically, an icebreaker availability during only one-third of every year. The coast guard’s Arctic icebreaking forces are very capable but extremely limited. They are being are asked to do more now and will be asked to do even more in the future, but this will far outstrip existing resources.

The lack of capability immediately threatens US interests in the region including energy security, disaster response, and Maritime Domain Awareness. In the winter of 2011 Nome, Alaska nearly ran out of fuel used for heating and cooking. A Russian ice-hardened tanker managed to break through extensive inshore ice to provide refuelling but no American assets were able to provide similar services.

The refuelling shows a fortunate coincidence of Russian capability and American need, however, an alternative scenario can be easily imagined. Privatised icebreakers such as the Aiviq, an ocean-going tug owned by Dutch Shell Oil company, provide extremely limited ability to assist offshore developments in production and disaster response. 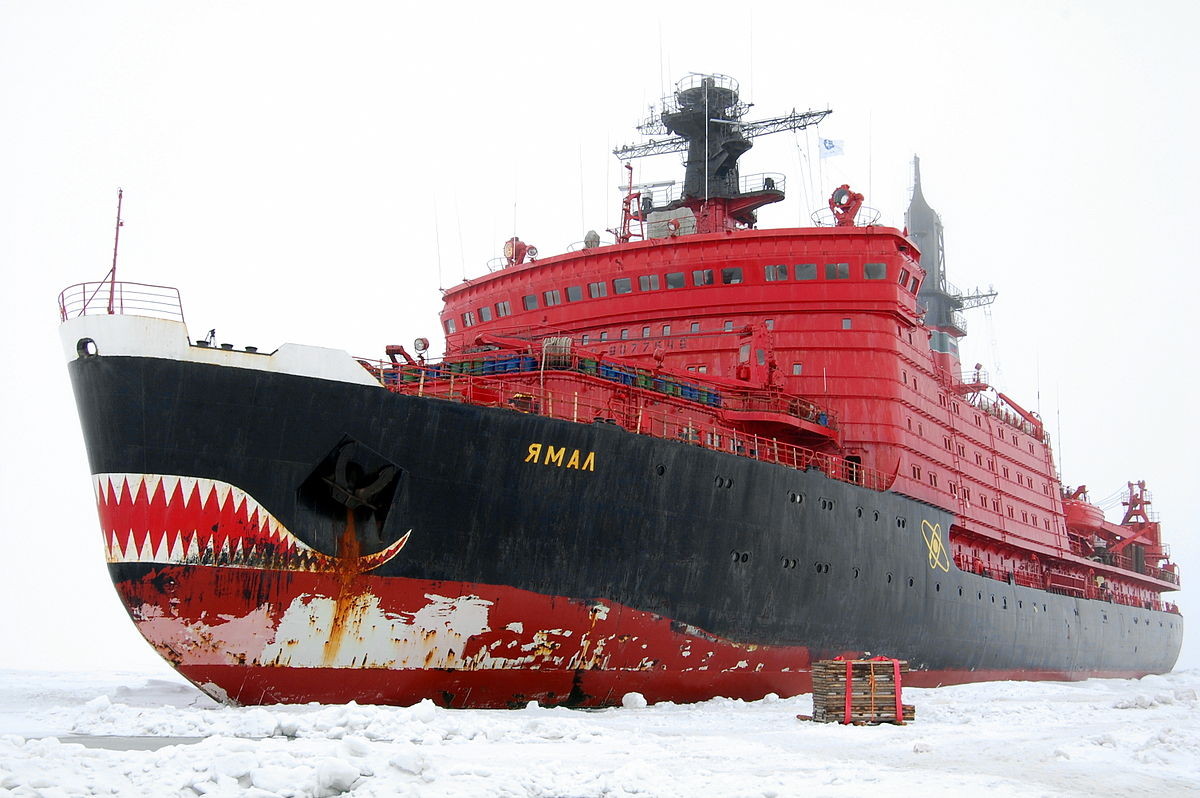 In congressional testimony, following the 2010 British Petroleum Deepwater Horizon oil spill, USCG Admiral Thad Allen stated the Coast Guard doesn’t have enough icebreakers to respond to a major spill north of the Alaskan coast. The World Wildlife Foundation models spills in oil and gas producing regions, such as the Barents and Beaufort Seas, and claims the ecological damage of those potential spills is greatly exacerbated by a lack of access which is in turn worsened by a lack of icebreakers.

Maritime Domain Awareness requires constant monitoring via multiple sensors and engagement from multiple platforms. Much of this can be accomplished by remote sensing but human knowledge and experience on how to operate in Arctic environments cannot be replaced.10 The crew of the Healey comprises the majority of American government maritime experience in Arctic ice-bound environments, revealing a major gap in Maritime Domain Awareness. These examples project the need for more icebreakers to operate in the Arctic, although many needs already go unmet.

A 2011 report by the Department of Homeland Security Inspector General found the coast guard delinquent in meeting four inter-agency icebreaking missions including persistent assured access for the Department of Defense, fisheries enforcement, search and rescue, and winter research for the National Science Foundation and National Aeronautics and Space Administration.

In total, governmental agencies made 32 requests for icebreaking services from Healy in 2017, only 25 of which went fulfilled. Central to each deficiency is icebreaker availability, and even more requests could have been filed. Using the aforementioned “Days away from Homeport” allotment provided by the coast guard, a minimum of three icebreakers is required to provide persistent access and capability in the Arctic.

Among Arctic nations the United States uniquely lacks robust icebreaking capabilities. Russia already boasts an icebreaking fleet 46 strong, including seven nuclear-powered vessels. Other nations, such as Finland, Canada, and Sweden all employ seven or more icebreakers, providing sufficient capability to operate routinely in Arctic waters. This disparity in capability opens the door for external intervention against American interests in the Arctic and challenges American leadership on Arctic issues.

The icebreaker gap exacerbates traditional maritime issues such as freedom of navigation and commerce by predetermining which nations can access waterways. Russia notably exploits this difference in the North Sea trade route where merchants may transit, aided by Russian icebreakers, for a hefty toll.

Icebreakers further enable Arctic nations to conduct regular commerce in the Arctic during times the US is unable to without their assistance. Additionally, as the Little Rock incident shows, ice heavily limits military mobility. The lack of domestic icebreakers makes freedom of navigation vulnerable to the whims and interests of countries with the capacity to outdo US efforts. Ongoing international arbitration over Arctic economic claims under the United Nations Convention on the Law of the Sea could become a moot point if nations able to access disputed areas do so unilaterally and lay de facto claim to the resource rich region. 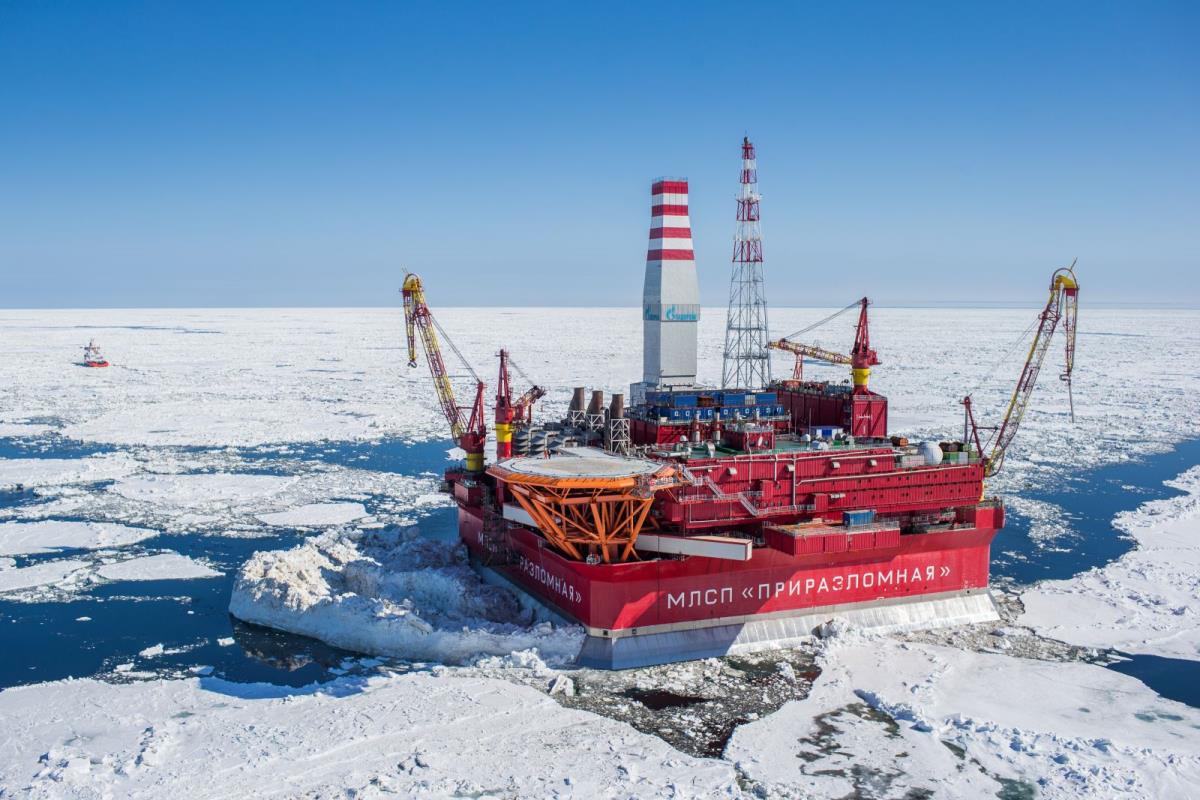 Freedom of access to Arctic areas has broader implications than the immediate effect of restricted access. International institutions are resource driven. Those who hold relevant resources in an international organisation (such as NATO) are able to drive the agenda for how those resources are used. To date, the Arctic Council has passed three binding agreements. Two of those agreements, on search and rescue and maritime oil spill response, pave the way for icebreaker-laden states to take larger roles in the implementation of those agreements. If the United States is unable to match resource contributions for these efforts then the US bargaining position for future Arctic Council resolutions will be significantly hampered.

It might seem that parity in the number of icebreakers is a worthwhile outcome. However, icebreaker parity with Russia is an undesirable and unachievable goal for American Arctic operations. The Arctic is central to the Russian way of life, demanding more and better ways to cope. An American icebreaking fleet simply needs the ability to access areas in pursuit of national interests and contribute to international efforts under existing agreements. Given the relative size of the American Arctic coastline and population compared to other Arctic countries a small but capable icebreaking fleet is sufficient to ensure American interests.

The lack of action to date stems from a lack of funding and not recognition of the need. The coast guard traditionally lacks the independent funding to procure icebreakers or other large-scale expenditures. Consequently, large coast guard acquisitions frequently partner with the US Navy Shipbuilding and Conversion Fund (SCF) to make the size of those acquisitions tenable within the context of the coast guard’s meagre budget.

The coast guard’s Procurement, Construction, and Improvement Fund is responsible for all new purchases and upgrades of the coast guard’s entire fleet with only a US$1.54 billion budget. Conversely, the navy was appropriated over US$20 billion in 2017 explicitly for new ship construction.

Icebreaker procurement considerations are included in the navy’s new shipbuilding budget as part of a “block-buy” contract system. Under a block-buy system procurement costs over multiple years provide the total cost of a project as it is built. This process, combined with fixed cost contracts, helps decrease the total cost of the project and budget demands on a yearly basis.

The Consolidated Appropriations Act of 2018 allots the navy’s Shipbuilding and Conversion Fund US$150 million for domestic construction of a heavy polar icebreaker to be built and transferred to the Coast Guard. This initial step is crucial, but insufficient, toward reestablishing an icebreaker fleet.

Additionally, domestic production provides domestic shipbuilding experience, a significant factor in reduced costs for purchases of multiple icebreakers. Because of those learned efficiencies projections for purchase drop nearly US$200 million as additional platforms are purchased.

Leasing is similarly constrained by the lack of available assets on the global market to provide medium to heavy icebreaking capability. To lease a heavy icebreaker it would have to be built, a process that takes a comparable amount of time to building them domestically. The only commercial icebreaker available for lease, the Aiviq, has a poor track record of performance, including responsibility for the grounding of a drilling rig in 2012 when it lost propulsion. For legal, political, and marketplace reasons leasing and foreign construction are untenable options for meeting American icebreaker needs.

Climate change provides unprecedented Arctic access but much of the region remains restricted by ice. The United States Coast Guard uses icebreakers to meet that challenge. Established icebreaker levels fail to meet current interagency demands and are projected to meet even fewer of those demands. International icebreaker competition has immediate economic first-mover consequences and institutional repercussions for nations with adequate Arctic resources.

Building heavy icebreakers in the short-term to complement Healy proves the most tenable option while meeting the minimum requirements for Arctic capabilities and international obligations. In a resource-constrained budgetary environment prioritisation of other interests prevented purchase of replacement icebreakers. Recent steps toward expansion of the icebreaker fleet are encouraging but remain insufficient to meet the minimum force level needed for persistent American Arctic presence.