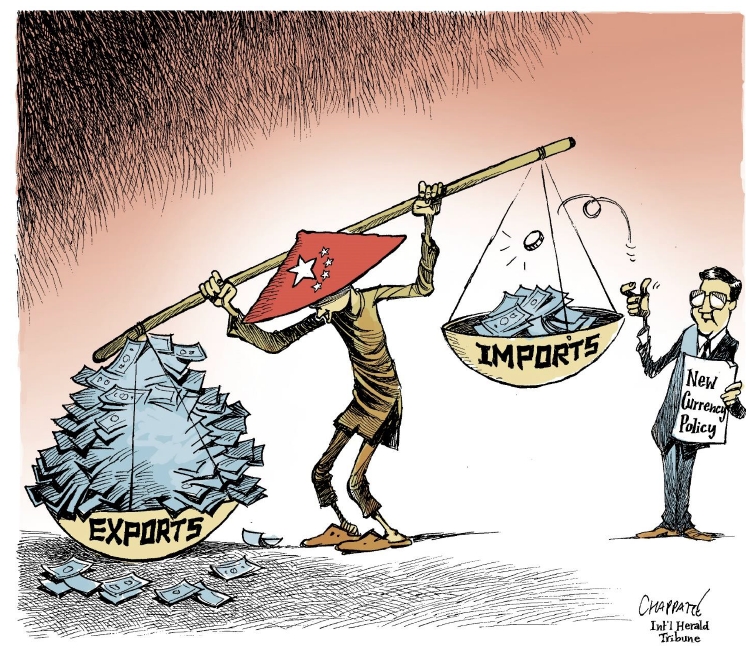 Growth in advanced economies in 2019 was revised down to 2.0 per cent, from 2.1 per cent, but the 2020 projection of 1.7 per cent remains the same. The revision is not only because of lower expected growth for the euro area, but also because US growth is expected to decline. Growth in emerging economies in 2019 is now predicted to be 4.5 per cent, revised down from 4.7 per cent. The trade tensions will hit China and its neighbours, with lower growth as a result. 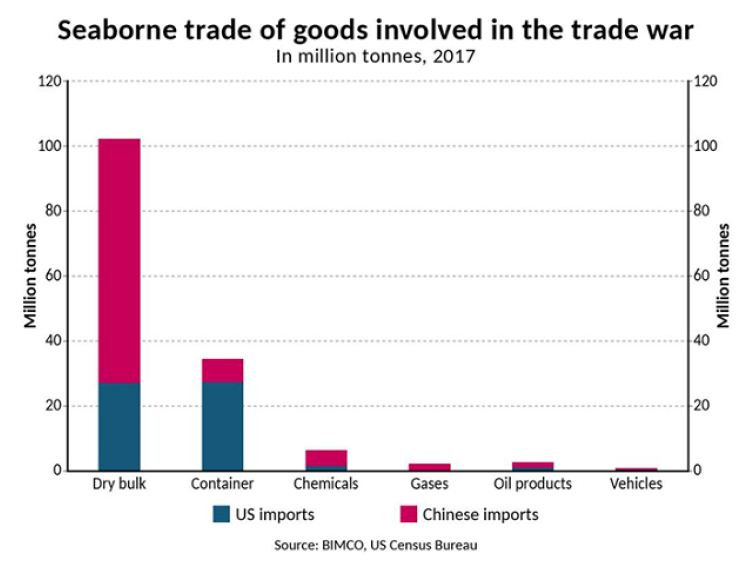 The shipping industry feels the impact of this trade war, especially in the dry bulk market. While there were high container volumes on the front-haul eastbound transpacific trade lane in Q4 2018, this is unlikely to continue into 2019, given that companies have filled up their inventories and there is uncertainty over future tariffs. The US has now imposed tariffs on more than US$250 billion worth of Chinese imports and China has retaliated with tariffs on US$113bn of imports from the US.

Growth is predicted to slow in the EU, with several of the major economies bringing it down. In Germany, the fall in growth from 1.5 per cent in 2018 to 1.3 per cent in 2019 is because of low domestic demand, lower industrial production on the back of new standards on car emissions, and the impact of the trade war on foreign demand. Italian growth in 2019 has been revised down to 0.6 per cent, from 1.0 per cent, because of high borrowing costs and weak domestic demand. Industrial action and the yellow-vest protests have also resulted in lower growth expectations in France for 2019, and the IMF now sees French growth as being unchanged from 2018, at 1.5 per cent.

At the time of writing, Brexit is less than two months away, but huge uncertainty remains over the terms of the UK’s departure from the European Union. The withdrawal agreement was heavily defeated in the British parliament, but with no clear majority for any solution on the table. A delayed departure date, or a no-deal Brexit, is becoming more likely as the days pass. The actual effect of a no-deal Brexit remains unclear.

The manufacturing purchasing managers’ index (PMI) in the euro area fell throughout 2018, from 60.6 in December 2017 to 51.4 in December 2018. With the PMI for January coming in at 50.5, the start of a new year has not brought an end to this prolonged decline. We use the PMI as an indicator for where shipping demand is heading, because it reflects the condition of the related key manufacturing sector.

After the US withdrawal from the Joint Comprehensive Plan of Action (JCPOA) and the re-imposed sanctions on Iran, Germany, France and the UK have announced the creation of a special-purpose vehicle named INSTEX. This will allow European businesses to avoid US sanctions and continue trading with Iran. European businesses have mostly followed the US sanctions to protect their interests in the US.

Growth in the US remains stronger than in other advanced economies, but is expected to fall to 2.5 per cent in 2019 and 1.8 per cent in 2020, according to the IMF. The longest government shutdown on record was suspended in late January, after 35 days.

The direct economic impact of the shutdown was not the only effect. While federal workers were sent home, they were unable to fulfil their usual role in trade facilitation, making it harder for US importers and exporters to conduct business. Delayed releases of economic and international trade data at a crucial time in trade negotiations have also been part of the fallout.

On the positive side, the US, Mexico and Canada have agreed a new trade deal, which replaces the North American Free Trade Agreement. The deal awaits ratification and the impact on trade between the three countries remains uncertain.

Reducing its trade deficit with China is one of the main aims of the US in the ongoing negotiations to end the trade war – but, in 2018, the tariffs had the opposite effect, with frontloading ahead of rising tariffs. In 2018, China reported a trade surplus of US$323.3 billion with the US, exports grew 11.3 per cent year on year, while imports were only up 0.7 per cent from 2017. 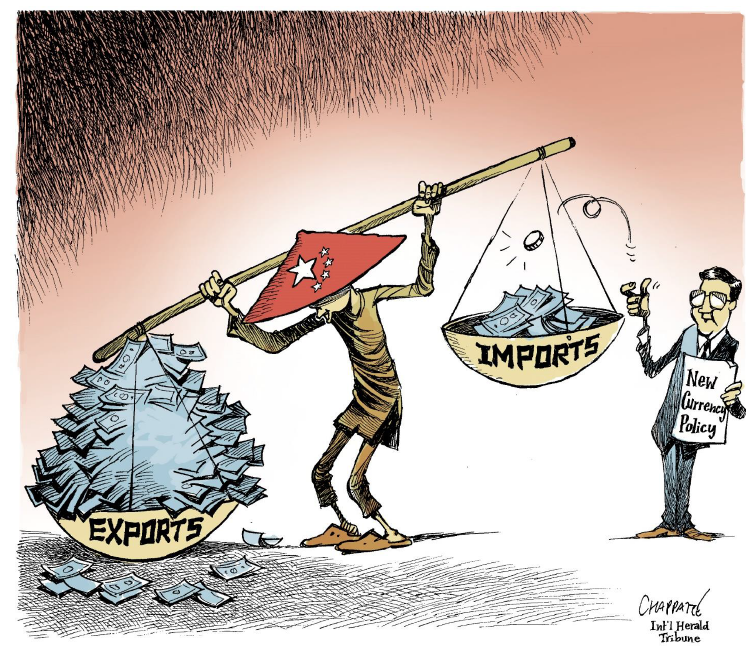 Growth in China remains high, and well above the global average, but the direction of it is clearly “south-bound”. A tightening of financial markets and monetary policy, combined with the trade war, have led to slowing growth. The IMF reported 6.9 per cent growth in 2017, declining to 6.6 per cent in 2018 and 6.2 per cent in 2019 and 2020. In response to this, the Chinese authorities have already started, and are expected to continue, implementing fiscal policies to stimulate the economy and ease the pace of the slowdown.

Dry bulk and tanker shipping sectors will be particularly harmed by a Chinese slowdown, and – with overall imports falling in December – these sectors are already being affected. China’s official PMI was at 49.5 in January, up from the 49.4 in December, but still below the threshold of 50. A PMI of 50 indicates no change from the previous month, and anything below 50, a contraction. While Chinese exports remained high in Q4 2018, this was largely down to frontloading by US buyers because of anticipated tariff hikes, and so is unlikely to continue into 2019. The new orders index fell to 49.6 in January, the second month of contraction. 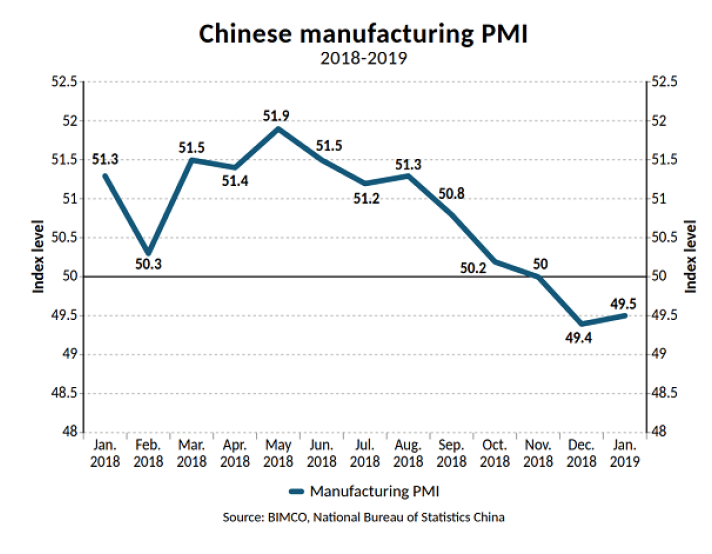 Risks are piling up, with warning signs emerging around the globe. The next few months will prove very interesting for the shipping industry. The Venezuelan crisis and the new Brazilian president will probably influence South American trade, while the whole world will be watching closely for official announcements from China and the US regarding the outcome of trade talks.

The two countries agreed to put tariff hikes on hold during a three-month window, in the hope of coming to a satisfactory deal and stopping this trade war. If, however, no deal is reached, tariffs on US$200 billion worth of US imports from China will rise from 10 per cent to 25 per cent on March 2, with a Chinese retaliation likely. Any escalation of the trade war will further harm the shipping industry, at a time when it is already struggling.

The global manufacturing PMI fell to 50.7 in January, its lowest level since August 2016, with IHS Markit forecasting a relatively lacklustre outlook. New export orders for goods also fell in January, coming in at 49.4. The shipping industry should brace for slowing demand growth in 2019.