Written by Baird Maritime on September 5, 2017. Posted in Ship World. 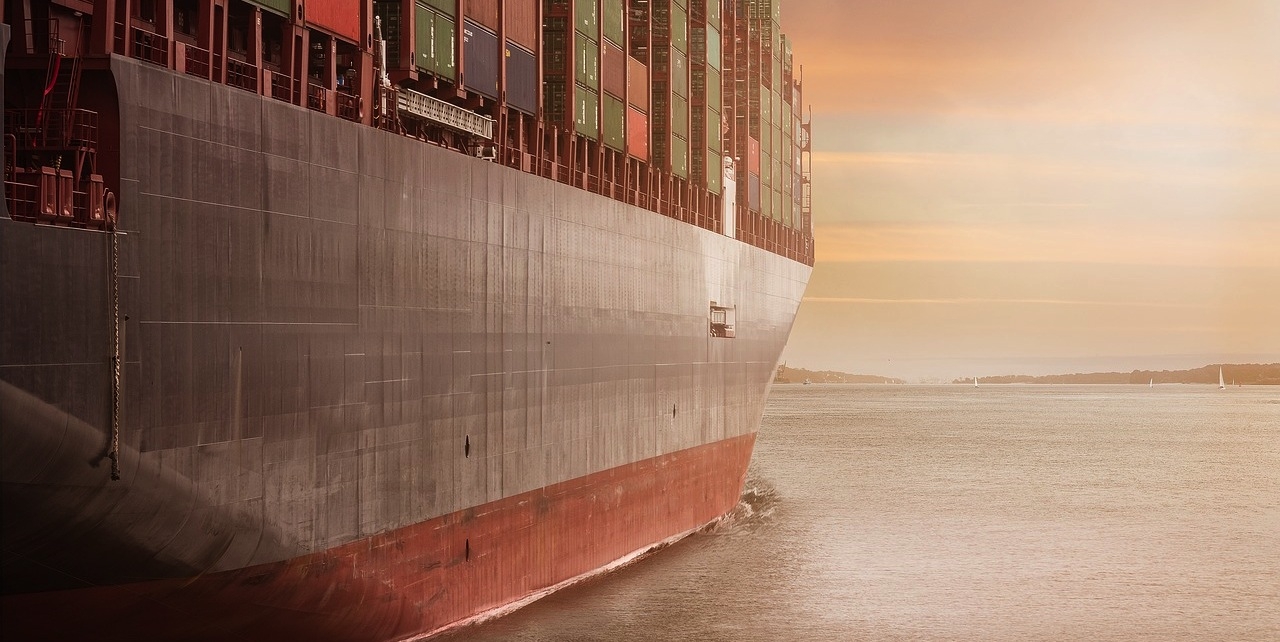 Despite a recovery in cargo shipping markets, ship manning costs will remain suppressed as shipowners and operators continue to be financially challenged and the officer shortfall recedes, according to Drewry. 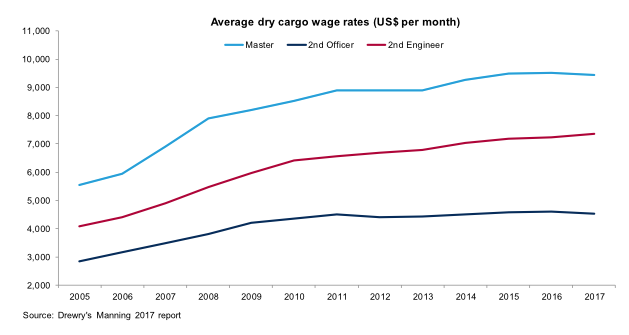 The lack of confidence in the industry has seen wage increases almost at a standstill since 2009, and over the past year average officer rates have slid into reverse. While there remains an overall shortfall in officer numbers, this has reduced markedly over the past year and the poor financial state of the industry has forced employers to limit labour costs to affordable levels.

Meanwhile, ratings wage levels have fared little better and we estimate that average global rates have risen by around one per cent between 2016 and 2017, which is consistent with the trend of the past few years. Both International Labour Organisation (ILO) and International Transport Workers’ Federation (ITF) base rates have remained unchanged in 2017. However, seafarers have been helped by a stronger US dollar, as most are paid in this currency.

“Since the fall in oil prices the demand for officers in the offshore sector has fallen and this has been a major factor in the softening of overall seafarer wage costs,” said Martin Dixon, Director of Research Products at Drewry. “While some sectors, such as LNG that require officers with particular experience, will continue to see above-average wage rises, we expect the downward pressure on manning costs to prevail with below inflation increases anticipated over the next five years.”

Drewry estimates that the ongoing officer shortfall contracted by a third over the past year to 13,700, based on an assessment of the global shipping fleet encompassing all sectors except non-cargo carrying ship types, such as tugs and passenger ships, and smaller coaster vessels, such as oil tankers and bulk carriers of less than 10,000DWT. By contrast, all assessments continually show a surplus of ratings.

“However, slowing fleet growth and a healthy supply of officers is expected to eliminate the officer shortage over the next five years with a small surplus anticipated for 2021,” added Dixon. “But we think that experienced officers for service on specialist vessel types such as gas carriers will continue to be in tight supply.”