Written by Baird Maritime on March 7, 2017. Posted in Ship World. 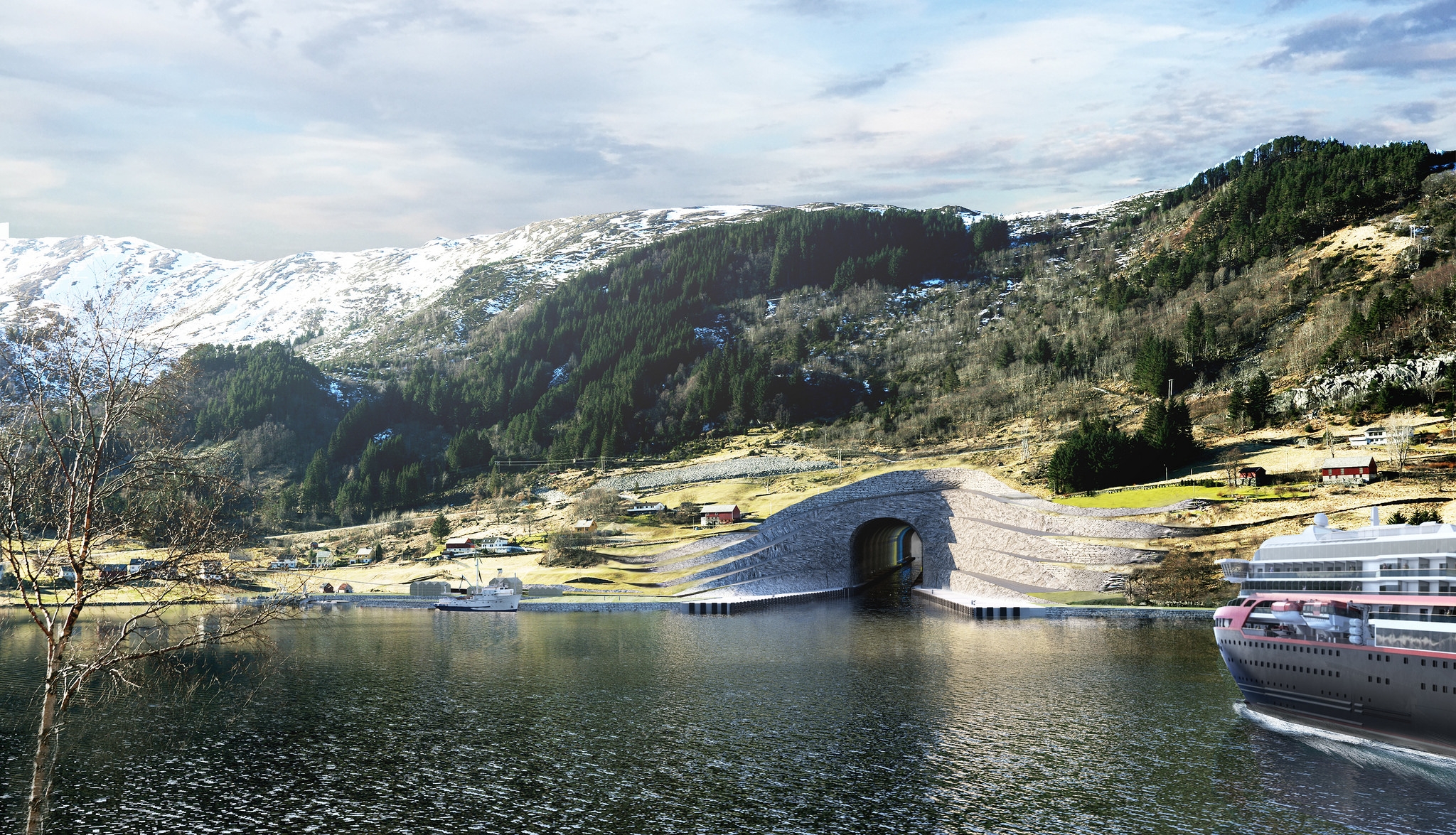 The Stad Ship Tunnel, which has yesterday received approval to proceed from the Norwegian Government, will be a 1.7-kilometre-long, 37-metre-high and 26.5-metre-wide tunnel under mountainous terrain between fjords, which will be able to allow ships the size of Hurtigruten cruise ships to navigate more safely through the very exposed Stadhavet Sea. Work on the 2.7 billion krone (US$320 million) project will begin next year, and is due for completion in 2029.

The Kråkenes lighthouse, just south of Stad, is the meteorological weather station in Norway with the most stormy days, which can be anything from 45 to 106 days per year. The combination of wind, currents and waves around this part of the coastline make this section a particularly demanding part of the Norwegian coast.

The combination of sea currents and subsea topography creates particularly complex and unpredictable navigational conditions. Very high waves come from different directions at the same time and can create critical situations. The conditions also cause heavy waves to continue for a number of days once the wind has died down. This causes difficult sailing conditions even on less windy days.

Studies in 2000-2001 and 2007-2008 have analysed a number of alternative cross sections and routes for the tunnel. The final route has been selected because the Stad Peninsula is at its narrowest point here, and at the same time the waters are sufficiently shielded to allow shipping to use the tunnel in the majority of weather conditions.