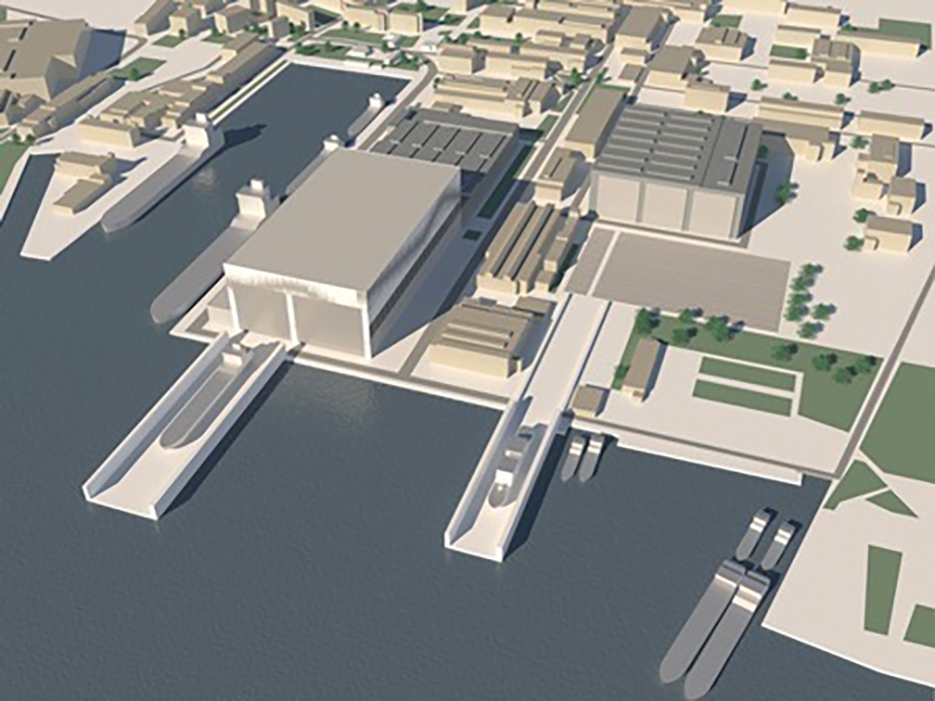 A new shipbuilding facility will be built at Russia’s Severnaya Verf shipyard to allow it to build larger ships.

As part of phase one, the United Shipbuilding Corporation subsidiary and Metrostroy have signed a contract for the construction of a slipway and a covered slip at the Gutuevsky Island shipyard off St Petersburg.

Metrostroy will build a slipway ground with a covered double-slip dock measuring 250 metres by 140 metres by 75 metres.

The dock will be equipped with 350-tonne bridge cranes and transfer equipment. The works are to be completed in the first quarter of 2019.

Director General of Severnaya Verf shipyard Igor Ponomarev said the works would be financed by United Shipbuilding Corporation and the Federal Targeted Program.

“That will expand the range of shipyard’s products with new-generation frigates, landing craft, gas carriers and oil tankers.”