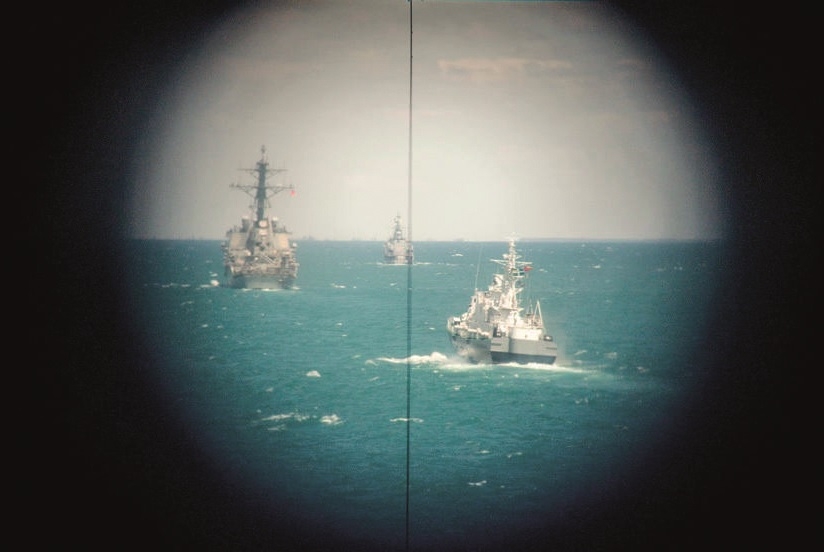 The “grey zone” has received much publicity over the past decade as certain nation-states have employed indirect methods to gain advantages over their opponents without resorting to open kinetic warfare.

Grey zones can be an important element of “hybrid warfare”. The definition of hybrid warfare remains subject to debate, but inherent in the term is the idea that covert and unconventional methods, which may include non-kinetic effects, are employed in addition to conventional military force.

Grey zone operations are coercive and intended to achieve change, but they seek at the same time to limit an adversary’s ability to respond. In most, but not all, circumstances,they’re, “deliberately designed to remain below the threshold of conventional military conflict and open interstate war” and, “are meant to achieve … gains without escalating to overt warfare, without crossing established red-lines, and thus without exposing the practitioner to the penalties and risks that such escalation might bring.”

While a substantial proportion of such operations have occurred purely on land in recent years, such as the Russian-sponsored campaigns in Georgia and Ukraine, they have also been used at sea and to key strategic effect. As I argue in a new ASPI special report, the prospect is that this will continue.

China’s assertive activities in the East China Sea and its artificial island building in the South China Sea are the most notable examples of the grey zone in the maritime domain. They confirm that maritime grey zone campaigns almost always relate to claims of sovereignty or sovereign rights over geographical features or areas of water.

However, and this applies to China, grey zone activities in the maritime environment may have ulterior causes. Sometimes they’re employed more as a means of creating additional pressure on a country rather than seeking a solution specific to the maritime issue involved. Conversely, a campaign to achieve a maritime result may well involve additional, non-maritime forms of grey zone pressure.

China hasn’t been the only country to mount a grey zone campaign at sea. Such operations can be employed effectively by weaker powers—and their motives may be legitimate. Iceland eventually achieved everything it wanted in the confrontations with the United Kingdom between 1958 and 1976 known as the “Cod Wars”. British fishermen were progressively excluded from Iceland’s extended claims to fishing zones that successfully anticipated the 200-mile exclusive economic zone of the 1982 Law of the Sea Convention. Nevertheless, there’s a real danger that grey zone operations will become a favoured mechanism for stronger powers to coerce weaker nations.

It is important to understand that grey zone operations need only be sufficient, not absolute, in their effect to undermine the viability of another state’s control, to stop economic exploitation of maritime areas or bar the use of the sea for passage by ships.

Given the costs and pre-existing risks of offshore petroleum exploration and development, those activities are particularly susceptible to interference – but fisheries and merchant vessels are also vulnerable to measures that reduce their profitability. In the case of merchant vessels, increases to insurance premiums or the requirement to make longer passages to avoid areas of conflict can have serious consequences for the cost of delivering the materials that they carry.

This can be particularly significant for out-of-the-way nations such as Australia and New Zealand: their geography creates a “tyranny of distance” overcome only by the combination of low production costs for their exports with highly cost-effective seaborne transport. Threaten that cost-effectiveness and their competitive advantage could be destroyed.

Responding to a grey zone campaign in the maritime domain will never be easy. Nevertheless, nations like Australia and New Zealand need to work out how they can deal with such a threat on a national basis and in partnership with other countries. A properly coordinated and resolute response can bring the situation under control, while a demonstration of readiness to maintain such a response can force the aggressor to rethink its plans.

Effective management of information flows and domination of the local and global narrative will be key to ensuring a successful outcome, but even more important will be a nation’s demonstration of its willingness to stay the course in the event of an extended confrontation, and the support of international partners in such circumstances.