Pag Asa, sometimes referred to as Thitu, is the biggest of the Philippine-claimed islands in the South China Sea. It is situated about 260 nautical miles west of Puerto Princesa, Palawan Province, and is the only one of the Spratly Islands which supports a permanent civilian population.

About 300 farmers and fishermen live there, many having been attracted to the island by government incentive schemes. The island features diesel and solar power electrical generation plants, and a school.

There is a military garrison, with two small but significant defence facilities, namely Emilio Lewang Naval Station, and Rancudo Airfield, which has an unpaved runway which can accept C-130 transport planes.

Some 12 nautical miles away is China-claimed, and occupied, Subi Reef, now a heavily built-up military facility.

According to regional reports, the work on Pag Asa is being financed in part by Washington, and might eventually include the construction of a desalination plant, a harbour for fishing vessels, housing, marine research facilities and additional solar power plants, as well as runway refurbishment.

Unsurprisingly, this activity has not escaped the notice of the Chinese. By December 20, 2018, a Jianghu V frigate, and a Type 056 corvette of the PLA Navy, a China Coast Guard (CCG) Zhaoduan patrol ship, and more than 90 China Maritime Militia (CMM) “fishing vessels” were observed off Pag Asa. The CMM vessels were anchored between one and five nautical miles west of the island, the warships and the CCG patrol ship further out.

The Chinese flotilla did not engage in fishing activity, and made very few transmissions on AIS. 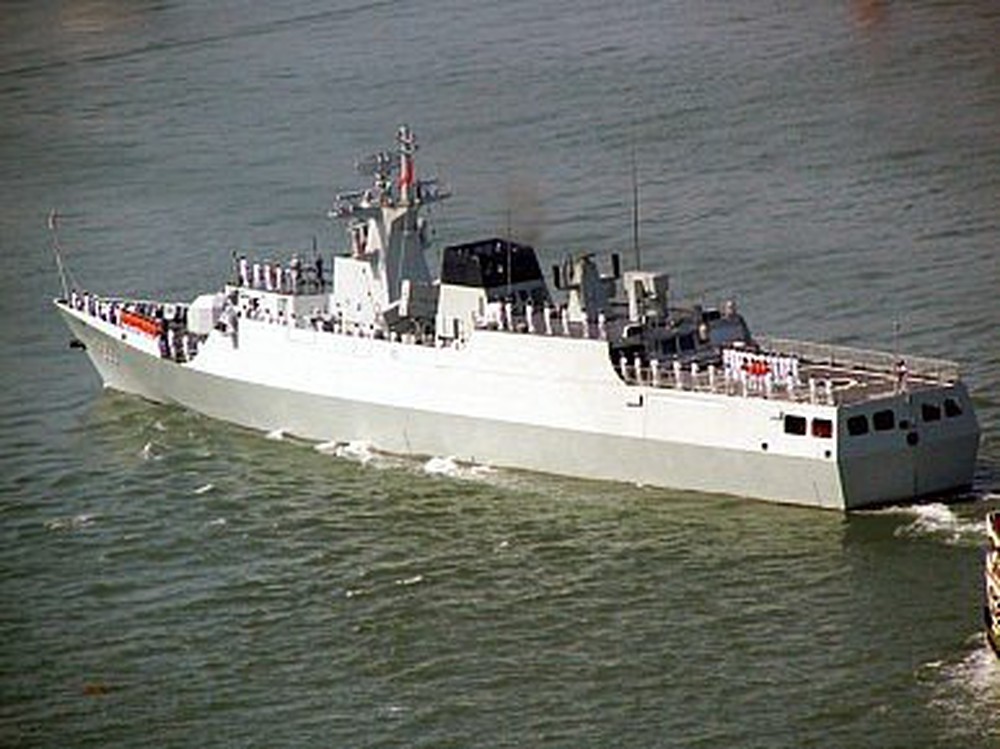 By late January 2019, only the CCG vessel and a handful of CMM craft remained. Analysts believe that the initial large-scale Chinese response was an unsuccessful attempt to deter the Filipinos from continuing the construction work.

There have been some reports of Chinese vessels interfering with the activity of Philippine civilian fishery protection vessels in the approaches to Pag Asa, but no attempts to hamper the construction work, or to harass craft servicing the project, have been noted.

Philippine Defence Minister Delfin Lorenzana has strongly defended the construction work, saying, “Having undergone careful planning and consideration, with full respect to international law and rules-based order governing civilised states, implementing these improvements is a legitimate undertaking, and well within our rights as a sovereign nation.”

The trawlers do engage in fishing, but carry armament, and have an important role in underwriting China’s maritime sovereignty claims, a role which tends to blur the customary distinction between naval and civilian forces.

The roles of the CMM, the vessels of which are linked by the Chinese Beidou satellite navigation and communication system, include ocean surveillance and reporting, minelaying and search and rescue. Most importantly, though, they are vital to the maintenance of China’s “footprint” in Beijing-claimed maritime areas.

This nominally civilian maritime force is helping to create, to China’s advantage, long-term strategic and political ambiguity in Asia’s seaways.