Written by Baird Maritime on November 19, 2009. Posted in Ship World.

Minimising emissions through optimised cargo handling is an area with very tanker-specific solutions. Sometimes a cargo does not need to be heated to the cargo discharge temperature for the duration of a voyage so lowering the temperature can provide an energy saving assuming that the heating coils are in good condition and can easily raise the temperature when needed.

Cargo heating systems can benefit from effective insulation such as using pipeline lagging on heating coil water lines and hot-water deck lines. Insulation should not be water permeable or the risk of accelerated corrosion on surfaces that are not visible is increased.

Another source of emissions, although not specifically related to energy efficiency, is the control of volatile organic compounds (VOC) released from the cargo. VOC has a global warming potential up to an order of magnitude greater than carbon dioxide.

When transporting crude oils, particularly at the start of a loaded voyage, a large build up of pressure can occur and it is typically released through the vessels’ mast riser or by opening a pressure/vacuum valve. Excess cargo loss and pollution can occur if onboard procedures do not include a methodology for closing the valve after the initial rapid pressure drop has occurred. INTERTANKO recommends the use of a VOC management plan that can be automated by suitable valve technology.

Hull coatings can play an important role in propulsion resistance management but, says INTERTANKO, they should be monitored for the build up of slime which can increase resistance by around ten percent. More frequent removal of slime fouling is likely to be more effective than waiting until hard fouling has established before taking action. 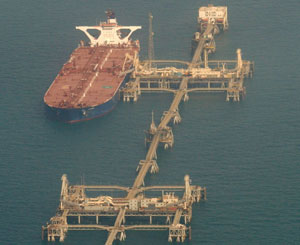 The effectiveness of implementing energy efficiency measures can be measured, and then publicised, if accurate record keeping systems are employed. The IMO has defined an Energy Efficiency Operational Indicator which for tankers is the ratio of the mass of carbon dioxide emitted per metric tonne of cargo carried.

Monitoring systems should be operated and maintained by shore staff with minimal administrative burdens placed on crews. A clear division between ship and shore responsibilities should be established.

Central to this is hardware and software which allows vessel performance to be monitored. Flow metres that have an accuracy of better than 0.5 percent should be used so that specific fuel oil consumption can be measured during varied operating conditions. Independent measurement of the calorific content of the fuel used will provide greater accuracy in performance measures. 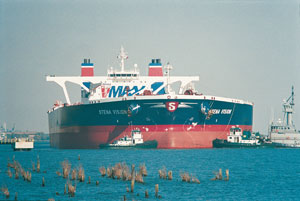 If exhaust emissions monitoring devices are being considered, INTERTANKO recommends that guidance and clarification is sought from both classification societies and engine manufacturers prior to their installation.