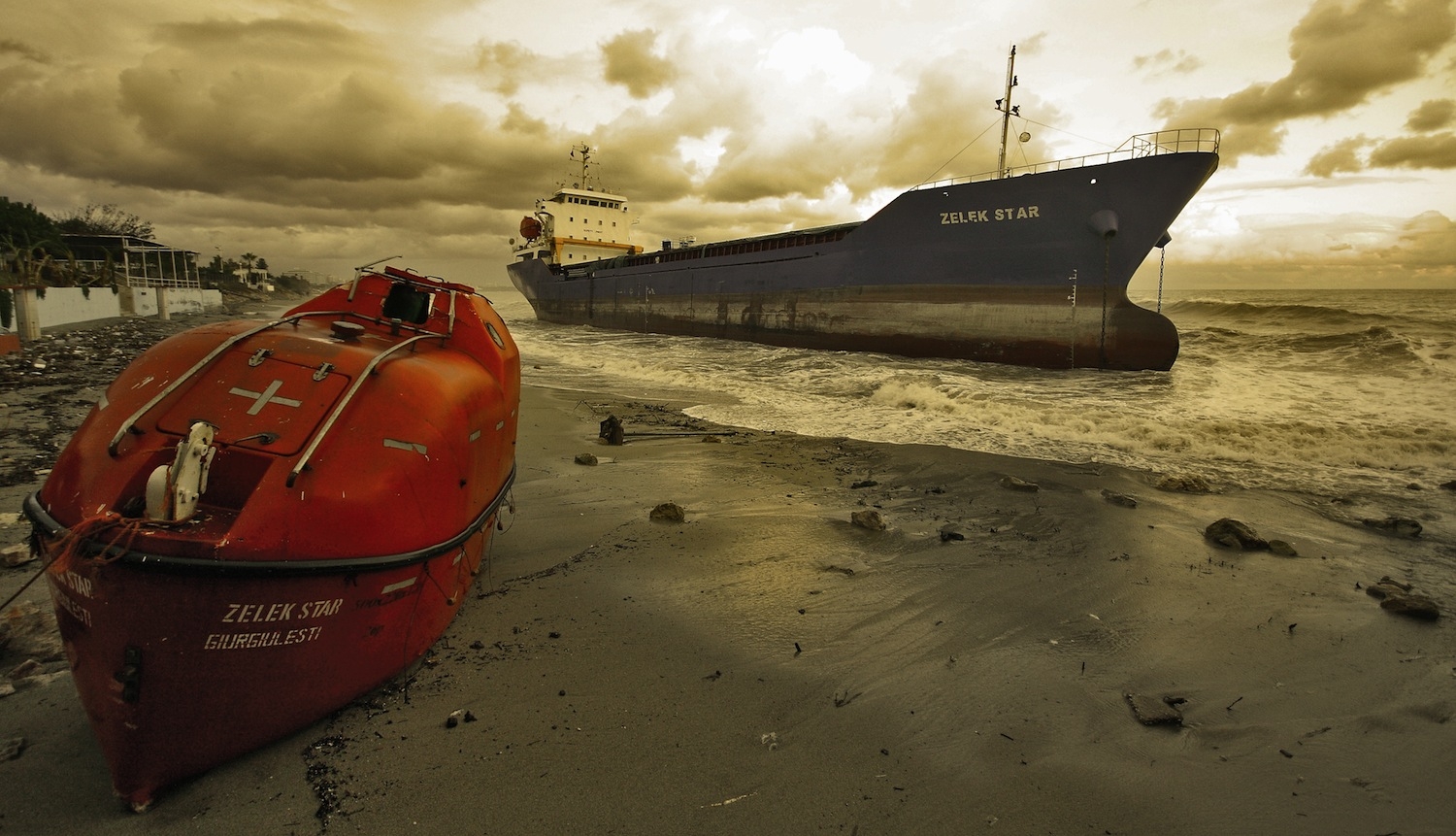 Following the sinking of the Titanic in 1912, various types of lifeboat and various ratios of them to the numbers of people on board have been mandated by various maritime authorities, ultimately by IMO with its SOLAS Code.

Lifeboats have undoubtedly saved many lives but mostly under favourable conditions. Launching them, particularly larger and heavier examples, in anything but benign conditions can be very dangerous. This is confirmed by the numerous examples of lifeboat drills gone wrong. Lifeboat drills have arguably killed more people than they have saved.

I was reminded of this by a press release distributed recently by the British maritime union, Nautilus. The release called for “radical new thinking” about the concept of lifeboats and, “to examine the potential of alternative evacuation systems”. While I would normally consider seamen’s unions and radical thinking to be mutually exclusive, in this case, as it is something I have been promoting for many years, I have to strongly agree with Nautilus.

Lifeboats and their launching and retrieval systems have undergone considerable development in the century since the Titanic sinking. One notable feature of that development is that they have steadily become larger, heavier, more complex and, inevitably, much more expensive. So have their launching systems. That, also inevitably, is largely the result of the ever increasing amount and complexity of the regulations covering their construction and operation.

As Captain Phillip Rentell MNI, an experienced cruise ship master described it in an essay in the Nautical Institute magazine Seaways, passenger ship evacuation is, “a master’s worst nightmare”. There he described the dangers of a, “…slow and cumbersome davit launching system”. He advocated the then (2000) recently introduced evacuation chutes. He explained that in anything more than very light winds the possibility of safely launching more than half a passenger ship’s lifeboats was slim.

He further doubted the effectiveness of “archaic” lifejackets in keeping survivors’ faces out of the water and in reducing hypothermia. His conclusions about then current safety and survival systems in use in 2000 were generally negative. Little has changed since despite a number of IMO and other conferences that were aimed at encouraging improvement.

Captain Rentell’s essay drew considerable comment in subsequent issues of Seaways from his fellow master mariners. Almost all were supportive and some described even worse problems. Essentially, even after more than a century of SOLAS and its predecessors, experienced and thoughtful passenger ship masters have serious doubts about the effectiveness of SOLAS mandated safety equipment and evacuation procedures.

Given that reality, it seems logical and practical that even vessels operating well offshore should be equipped with inflatable life rafts accessed via evacuation chutes as on aircraft. They are far less expensive and lighter than traditional rigid hulled lifeboats and considerably simpler and easier to launch and access. The widespread use of satellite EPIRBs mean that recovery of survivors is now usually very rapid.

A number of companies such as Liferaft Systems Australia, Zodiac of France and Viking Lifesaving Equipment of Denmark manufacture proven systems. Described accurately as “marine evacuation systems”, they can be deployed in less than a minute and are able to evacuate 100 people in fewer than four minutes per raft. They will also more reliably “float free” than traditional lifeboats have been known to be and even their access chutes are buoyant and so provide additional refuge for survivors.

For vessels operating on inshore or riverine routes effective evacuation and survival systems can be simpler and less expensive still. Carley floats, EPIRBs and strobe lights should also be of the “float free” type to allow for the likely reality of a rapid capsize or sinking. They would at least offer accident survivors a reasonable chance of recovery. Evacuation, lifesaving and survival would be more economical and likely to be successful if simpler, lighter and less expensive equipment were to be specified.

It is notable that lifeboats, rescue boats and their associated launching and recovery equipment are heavy, complicated, expensive, high-maintenance and frequently dangerous. Perhaps that is intentional? The design of simpler, safer and lighter lifeboats and their associated launching equipment could make a worthy topic for future study. That could possibly be inspired by the organisation of a global contest with a significant cash prize as the reward for success. Maybe IMO could lead the way with that.

Alternative solutions are readily available and many are of significantly lower cost than much of the currently mandated equipment. Most operations do not require heavy, expensive equipment that is difficult or even dangerous to deploy. Keeping survivors alive and safe for 24 hours is usually sufficient. There are also lighter and simpler solutions available that have been proved effective even in very poor conditions.

Nautilus is quite correct, “radical thinking” is required. It is probably too much to expect but it would be good to imagine that IMO and some of its overly conservative brethren in national maritime authorities might be capable of similarly radical thinking. It is high time that maritime safety equipment utilised twenty-first century technology.