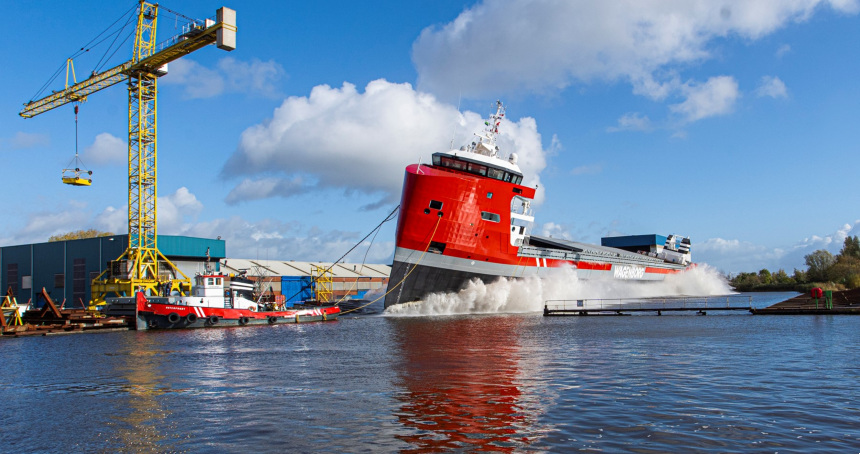 The 149-metre vessel is the second in a series ordered from Niestern Sander by local shipowner Royal Wagenborg. It is a near identical sister of Egbert Wagenborg, which was completed and delivered in 2017.

Like Egbert Wagenborg, the second vessel has a 17,000-cubic-metre cargo hold capable of accommodating up to 14,000 tonnes. It will also have a total installed power of less than 3,000 kW.