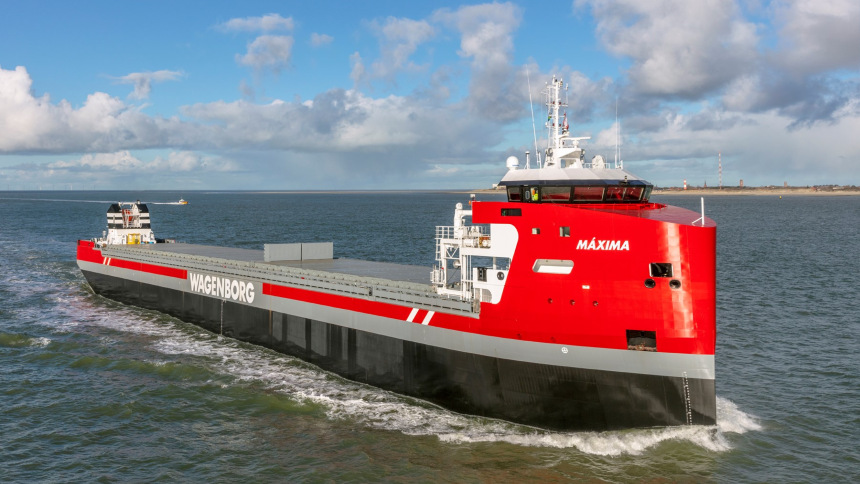 The sister vessel to the 2017-built Egbert Wagenborg will be formally named Máxima in honour of Queen Máxima of the Netherlands. It has a length of 149 metres and a 17,000-cubic-metre hold that can accommodate up to 14,000 tonnes.

Shortly after delivery, Máxima sailed to Antwerp on its maiden voyage under the Wagenborg banner.