Named Captain Ben Moore, the aluminium catamaran was designed by Australian naval architecture firm Incat Crowther in response to a requirement by Norwalk, Connecticut-based produce company Harbor Harvest for a vessel that can transport farm and food products between New York and Connecticut via waterways as an alternative to road transport, which would otherwise experience problems such as traffic congestion and long delivery times.

Captain Ben Moore has an LOA of 19.2 metres, a beam of 6.5 metres, a draught of 0.8 metres, and capacity for 65 passengers in addition to the crew of five. The hybrid propulsion setup consists of two Cummins QSB6.7 main diesel engines and a pair of BAE Systems HybriDrive electric motors powered by an onboard lithium battery pack. These propel the vessel to a cruising speed of 12 knots and a maximum speed of 15 knots.

Charging of the batteries can be done at either of the two points along the vessel’s regular route.

Captain Ben Moore is being operated by Harbor Harvest’s sister company First Harvest Navigation on Long Island Sound between Harbor Harvest’s facilities in Huntington, New York, and Norwalk, enabling terminal-to-terminal deliveries to be made in as little as 45 minutes whereas road transport between the same two cities could take up to nine hours. Further, the newbuild can accommodate a total cargo equivalent to that carried by five full-size trucks, which means fewer trips can be made and significantly less fuel will be consumed over time. 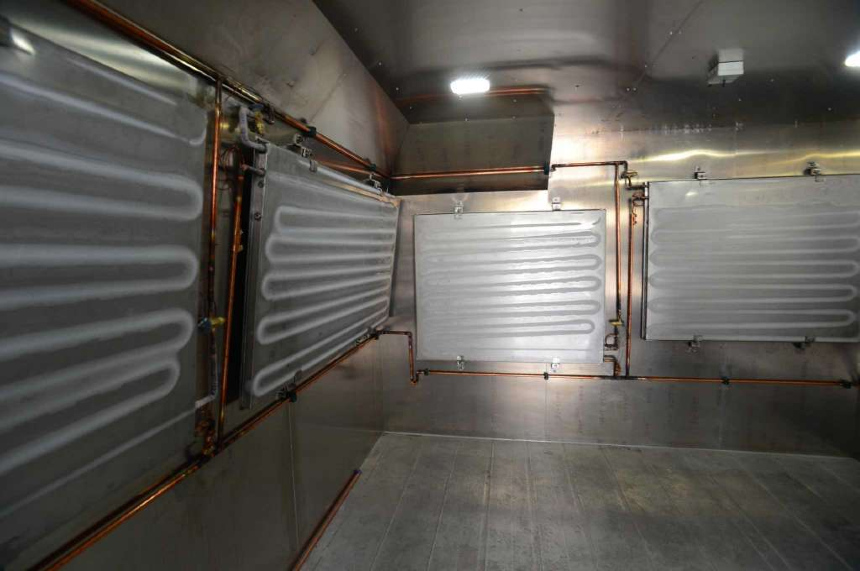 The vessel has capacity for 28 pallets, 10 of which are in a fully refrigerated space to ensure the freshness of goods while in transit. A stern folding access ramp and a deck crane facilitate self-loading and unloading of cargo, and the low maximum draught means operation is possible in areas with little or no established infrastructure.

One other notable attribute of Captain Ben Moore is its being the first autonomous hybrid-powered cargo vessel in operation in the United States. This is made possible by the installation of an autonomous command and remote helm control system developed by Boston-based technology company Sea Machines Robotics.

Harbor Harvest president Bob Kunkel said the decision was made to have autonomous control installed on Captain Ben Moore to enable the vessel to overcome some of the challenges inherent in marine cargo transport. Autonomous navigation – specifically, collision avoidance technology – was considered as the ideal solution for addressing issues such as human error and crew fatigue leading to operational accidents.

The installation of an autonomous control and monitoring system means the vessel may be operated mainly from an on-shore remote command station, though a small crew complement will still be embarked for safety purposes. The system is even configured to enable a single operator at the same remote command station to oversee and control multiple vessels simultaneously, should Harbor Harvest decide to equip other vessels in its fleet with similar technology.

Although the installation took place months after the vessel began sailing operationally with Harbor Harvest, Sea Machines’ system was designed in such a way that it can be integrated into existing vessels without requiring drastic modifications to their original layouts.

The Sea Machines system utilises one IACS-certified control cabinet/hub that integrates various onboard sensors such as GPS, AIS, radar, a depth sounder, and even a suite of cameras. Through this, the system provides operators with improved situational awareness on the condition of the vessel and its surroundings in addition to allowing navigation to be performed autonomously. 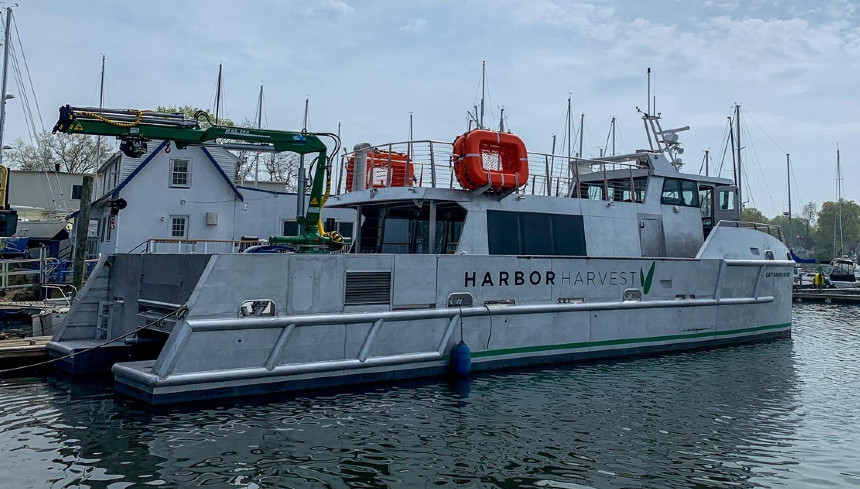 The system will also handle battery optimisation, selecting the most ideal routes and operating profiles to maximise the available battery power and thus lessen the time needed for rechargings. Further, the cameras and other integrated sensors will aid in obstacle avoidance while making sure the vessel stays on its pre-programmed route as much as possible.

Transfers of all voyage data from the vessel to the remote command station are via 4G for shorter distances and satellite connection for distances of over five nautical miles.

Measuring only 50.8 by 50.8 by 22.35 centimetres and weighing only 29.48 kilograms, the cabinet and the associated peripherals are small and light enough to be installed without taking up considerable interior space.

At the remote command station, the operator has a comprehensive user interface through which waypoints can be set for effective route planning. Direct vessel control – including engine start/stop and throttle management – is also possible here by means of a joystick.

In the event of anomalies with any of the onboard systems, alarms are available for real-time notification of the shore-based operator and the onboard crew.

Lastly, the autonomous command system comes with a number of failsafe features. Should there be a loss of communication between the vessel and the remote command station, the system will automatically bring the vessel to a complete stop and thus lower the risk of damage to the vessel or injury to the onboard crew. A manual emergency stop feature is also available to enable the shore-based operator to initiate “all stop” on all interfaces with the vessel. 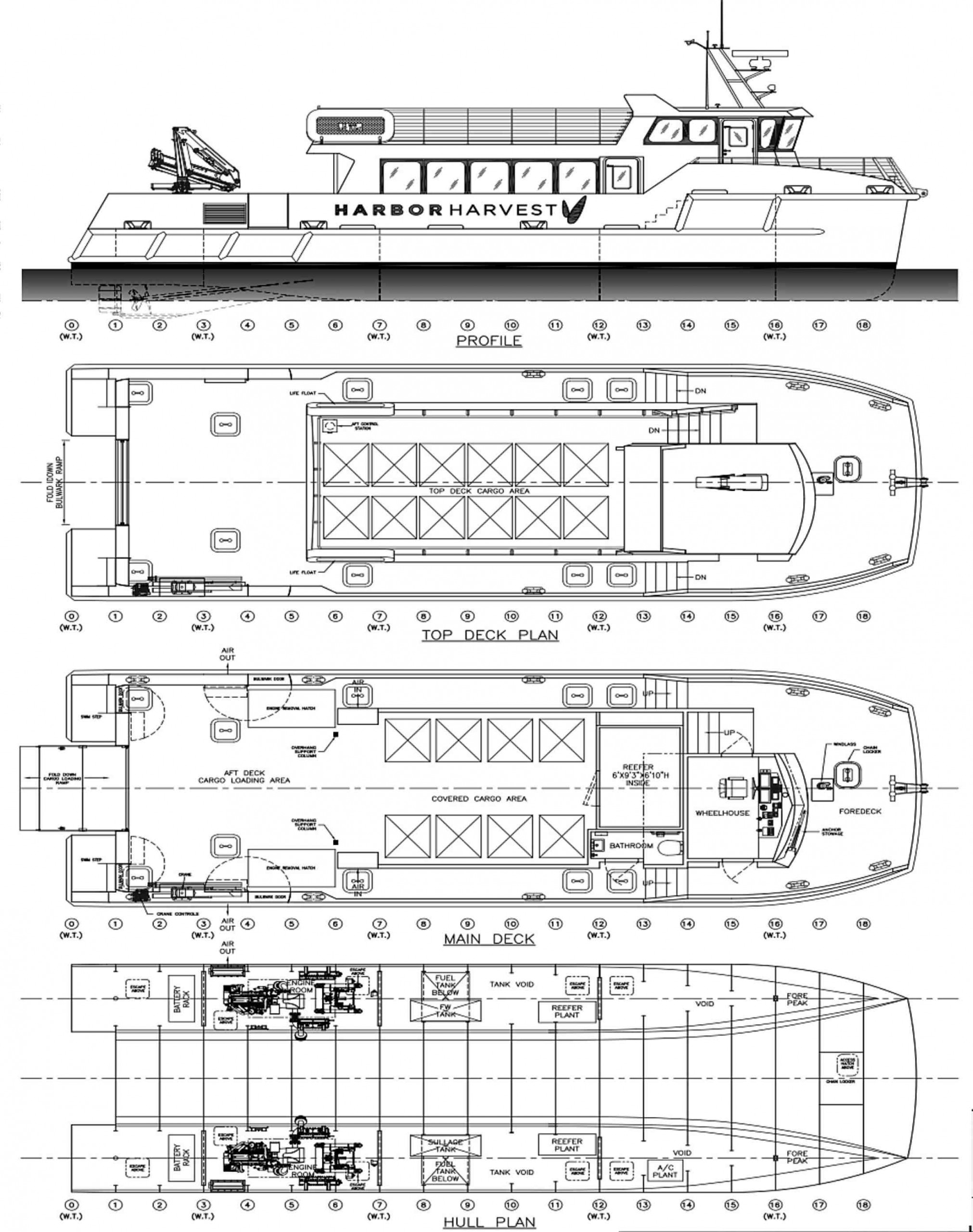