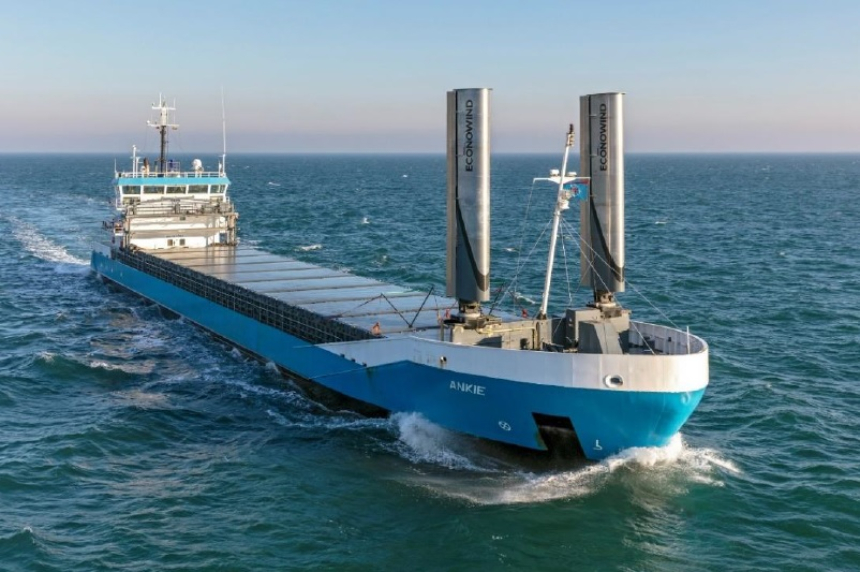 A cargo ship owned by Netherlands-based Jan Van Dam Shipping has begun operations on the North Sea after undergoing retrofitting that saw the addition of a wind-assist propulsion system.

Developed by eConowind, the modular units fitted on the 3,600DWT bulk carrier Ankie are in the form of wings with vents and an internal fan that use boundary layer suction for maximum effect.

The installation features two 10-metre wings that generate significant force that will allow the vessel to reduce reliance on motor power and thus save energy. In a second step, the units will be extended by a further six metres.

Ankie recently made its first voyage with the two wings installed, sailing for Wagenborg from Delfzijl to Hamburg, onwards to Norway, and then back to Rotterdam.

The installation on Ankie was carried out at the facilities of Dutch shipyard Royal Niestern Sander within six months of the signing of the contract between Van Dam and eConowind. It is the first commercial application of eConowind’s patented wind-assist system.