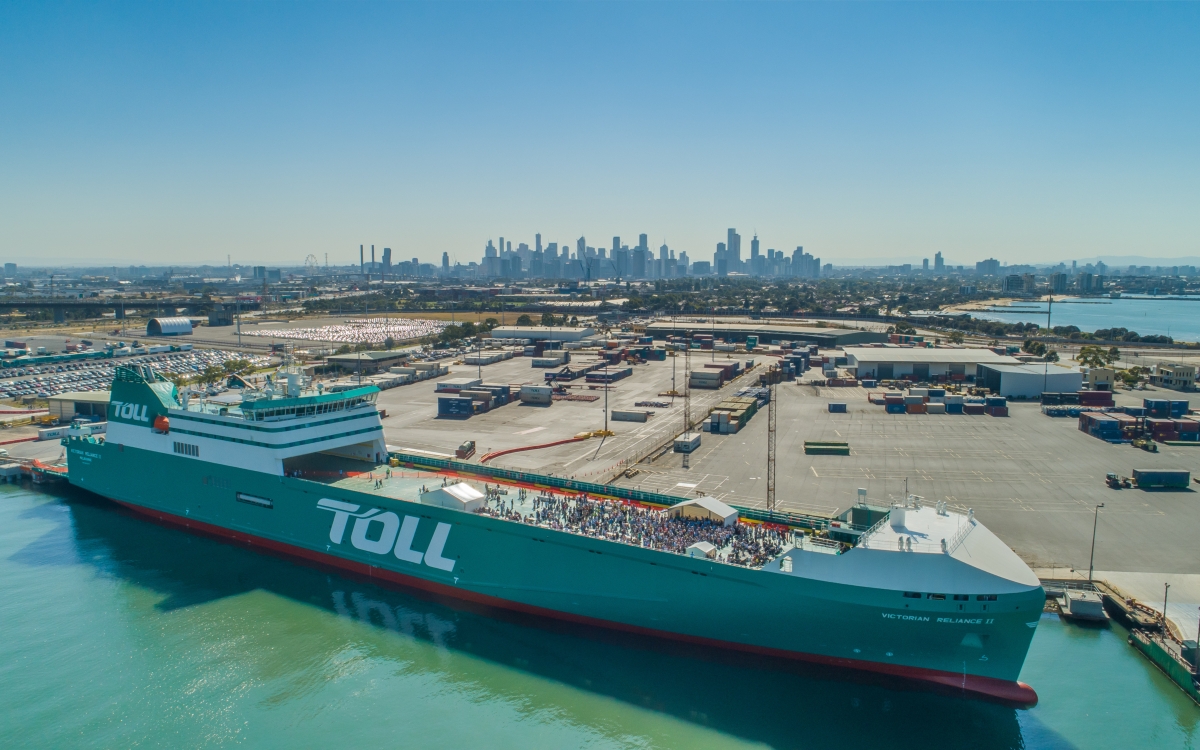 The ship is an identical sister of Tasmanian Achiever II, which was unveiled in a ceremony in Burnie the previous weekend.

Victorian Reliance II and Tasmanian Achiever II are now the largest general cargo ships to fly the Australian flag. Both are set to enter service on March 1, carrying goods between the Port of Melbourne and the Port of Burnie in Tasmania.

At 210 metres long, the new vessels will be able to carry 40 per cent more cargo than their predecessors, Victorian Reliance I and Tasmanian Achiever I.

Toll also claims the new ships will be able to make the 396-kilometre Bass Strait crossing between Melbourne and Burnie in under 13 hours, or an hour faster than their predecessors.