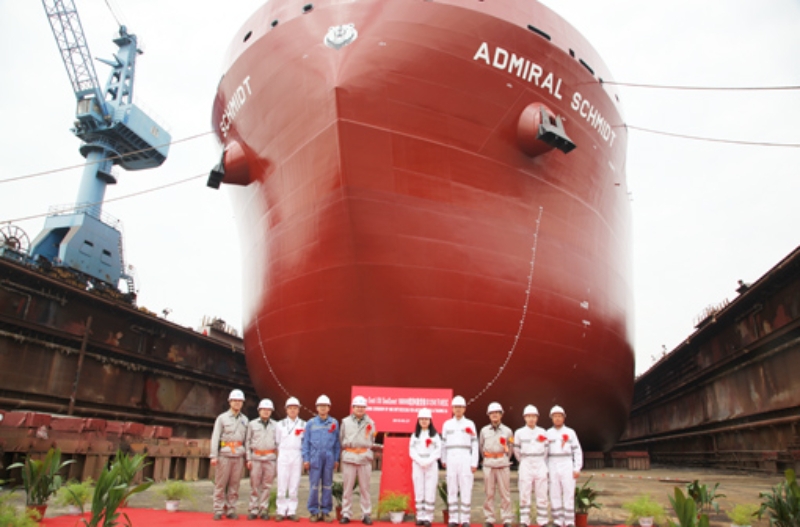 Designed to operate in temperatures as low as -25 degrees Celsius, Admiral Schmidt is fitted with an icebreaking sloping bow and anti-freezing equipment which includes ice paddles on the ship’s four 40-tonne cranes.