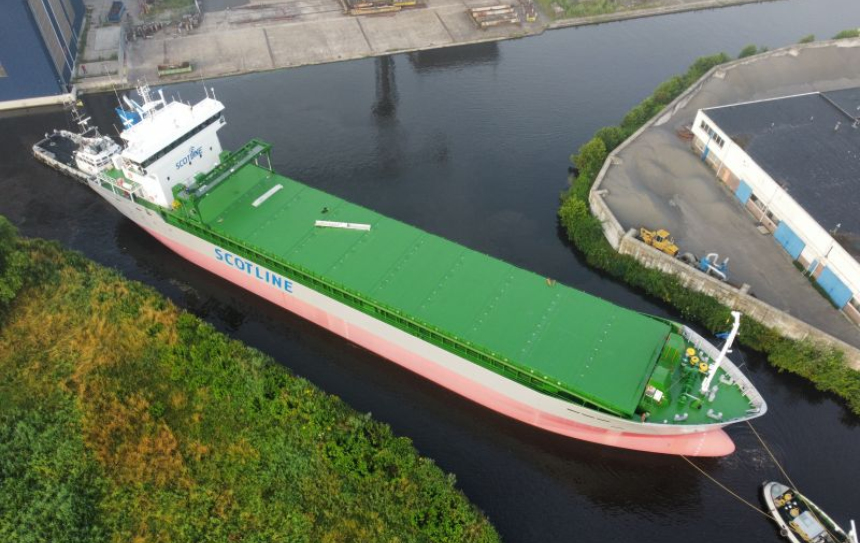 Scot Isles is the fourth ship in a series to be ordered by Scotline from the same shipyard. The vessel has ice class 1A notation, a length of 90 metres, a total cargo capacity of 7,000 cubic metres, and a Caterpillar-MaK 6M25C 1,850kW main engine.

Scot Isles will be used to transport grain, timber, and other bulk cargo along Scotline’s shortsea routes covering England, Scotland, and Wales.