Written by Baird Maritime on February 28, 2018. Posted in Ro-Ro World. 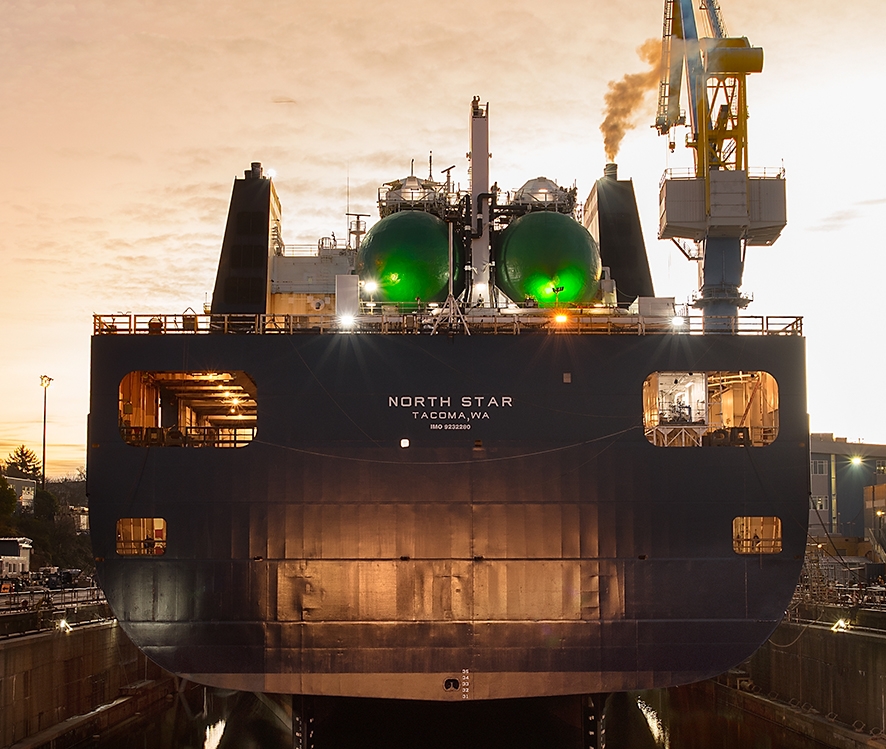 TOTE Maritime Alaska’s North Star has completed its first voyage to Anchorage after being outfitted with two liquefied natural gas (LNG) tanks behind the ship’s bridge.

The journey completes the first of four conversions for its Orca-class vessels over the next four years.

The company in 2017 contracted MAN PrimeServ, a division of MAN Diesel and Turbo, to convert two 65,314GT roll-on/roll-off ships to dual-fuel operation.

President Mike Noone said the conversions will be completed by the first quarter of 2021.