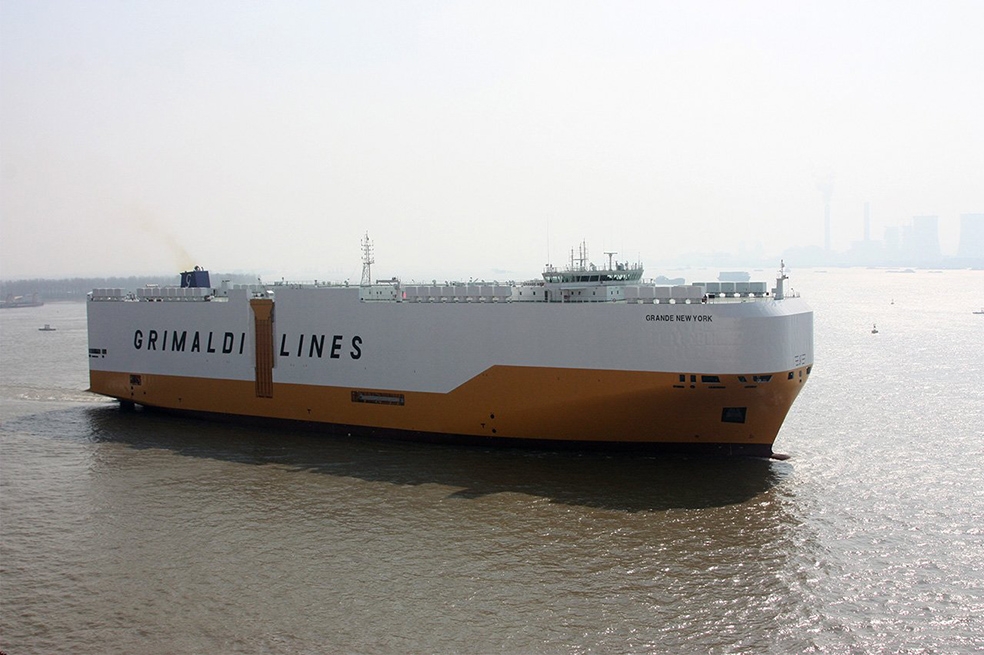 The Grimaldi Group has placed an US$400 million order with China’s CSC Nanjing Jinling shipyard for six Ro-Ro vessels.

Scheduled for delivery from 2020, the 238-metre by 34-metre vessels known as Grimaldi Green Fifth Generation (GG5G) will have a gross tonnage of 64,000 tonnes.

They will be able to transport more than 7,800 linear metres of rolling units, which is equivalent to 500 trailers.

Using fossil fuel during navigation and electricity while in port, the hybrid vessels will be equipped with mega lithium batteries that are recharged during navigation with the aid of 600 square metres of solar panels.

They vessels also include an air lubrication system under the keel, creating bubble layers that reduce friction, hydrodynamic resistance and emissions.

The vessels’ hull will also be covered with non-toxic silicon.

Three of the ships will be operated by Grimaldi Lines in the Mediterranean. The others, which will be ice class, will be bought by sister company Finnlines and deployed in the Baltic Sea.

The GG5G design was developed by the technical and energy-saving department of the Grimaldi Group with the Nordic engineering design house Knud E Hansen.