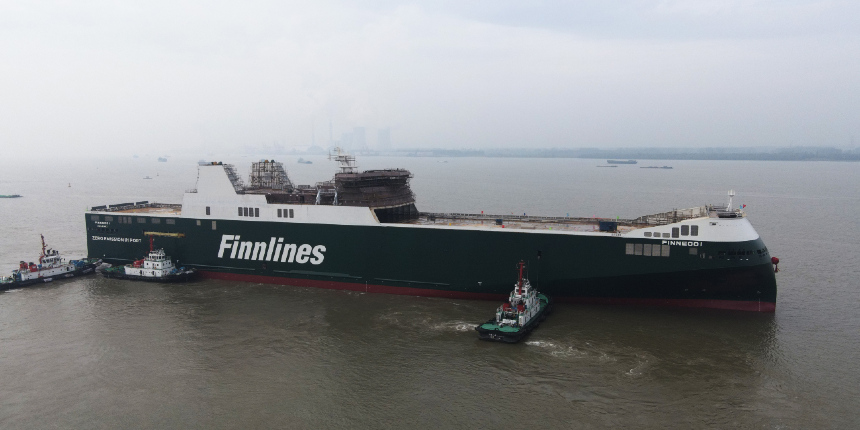 Finneco I is the first in a planned series of three ships that will each be 238 metres long and capable of accommodating 5,800 lane metres of freight. The two car decks on each vessel have a total area of 5,800 square metres while another 520 TEUs can be carried on the weather deck.

Finnlines said Finneco I and its sisters will boast 38 per cent greater cargo capacity compared to the next largest ships in its fleet. Power will be provided by two-stroke engines while notable features will include lithium-ion batteries for use during port visits, emission reduction systems, solar panels, and an air lubrication system.

The vessel will be delivered to Finnlines by early 2022. It will be operated on the company’s Biscay–North Sea–Baltic Sea service.