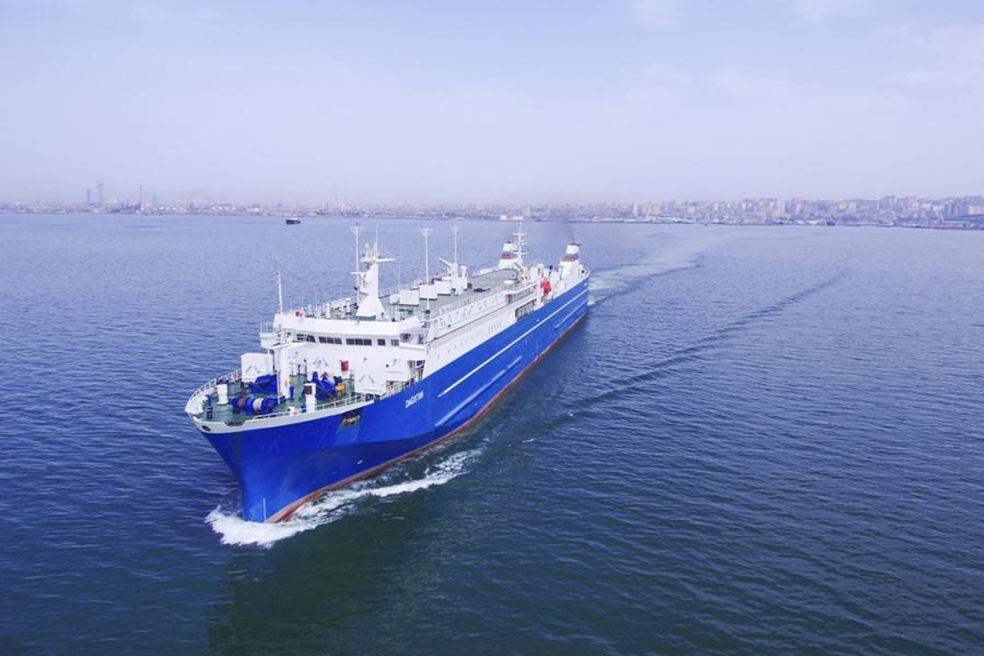 Azerbaijan Caspian Shipping Company has completed the modernisation of its ferry Dagestan.

Withdrawn from service five years ago, the 154.5-metre by 18.3-metre Dagestan was built in 1984 at Pula, in the former Yugoslavia (now Croatia), and upgraded at the Zigh Ship Repair and Construction Yard.

Featuring a carrying capacity of 2,425 tonnes, Dagestan has two decks for the transportation of cars and one deck for railway cars.

As part of the works, the original 122-tonne main engines have been replaced by 31.9-tonne engines, the outdated auxiliary engines made way for new Hyundai 1,000kW engines, and the new gearbox simplifies the procedure for starting and preparing the engines for operation.

Externally, the decks were overhauled and painted, while the lighting and surveillance systems, domestic facilities, cabins, corridors, rest rooms, dining room and kitchen have been repaired and updated.