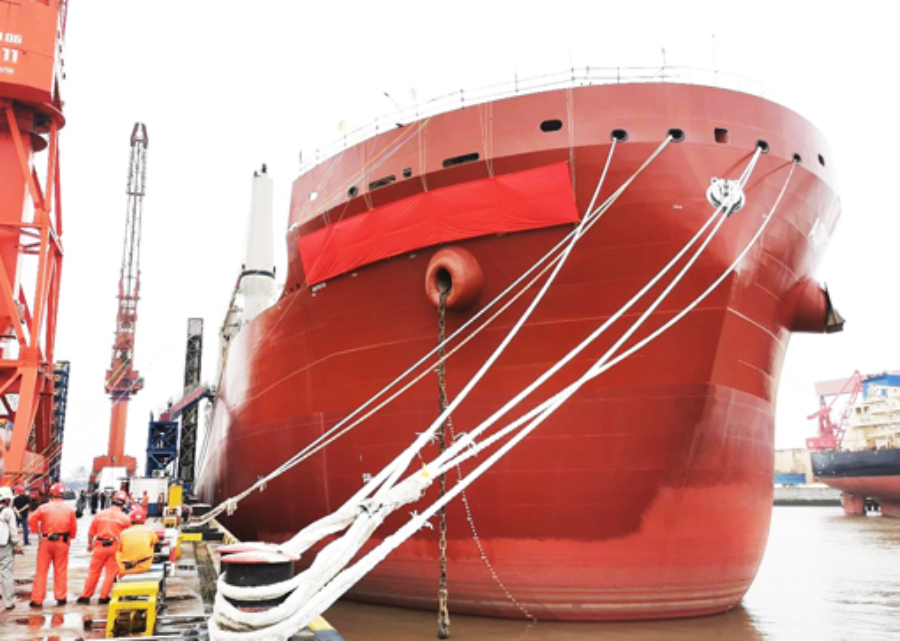 The DNV GL-classed vessel was christened Admiral Schmidt on the same day it was handed over to its new owners. It has an LOA of 250 metres, a beam of 43 metres, a depth of 21.8 metres, a design draught of 13 metres, and a displacement of 108,000 tonnes.

Admiral Schmidt will sail on Arctic routes and is capable of operating in temperatures as low as -25 degrees Celsius.