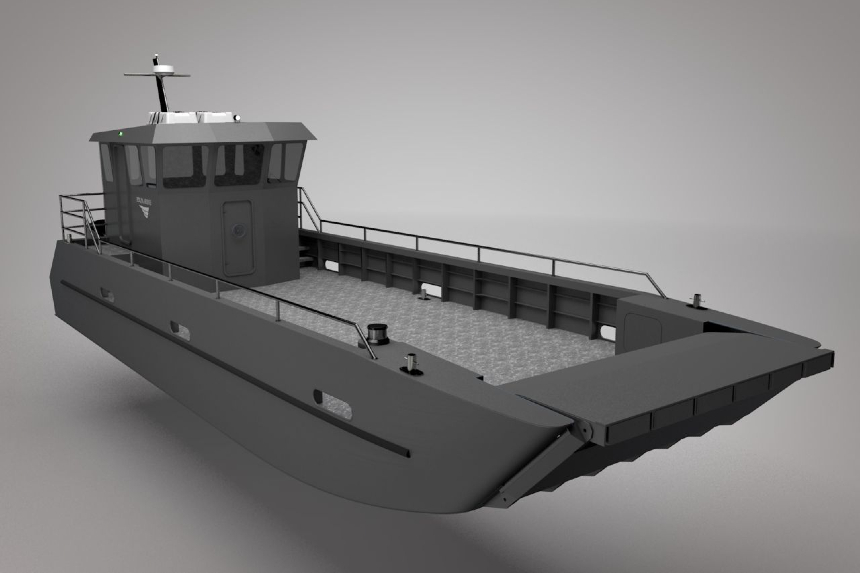 UK-based PDL Marine has been awarded a contract for the construction of two aluminium landing craft in a series for an unnamed customer.

Each vessel will have a length of 14.4 metres, a draught of 50 centimetres, and a cargo capacity of eight tonnes. Power will be provided by a pair of OXE 223kW outboard engines.

The landing craft, which may also be used for limited passenger transport duties, will be registered in Ireland.