Written by Baird Maritime on November 16, 2018. Posted in PCTC World. 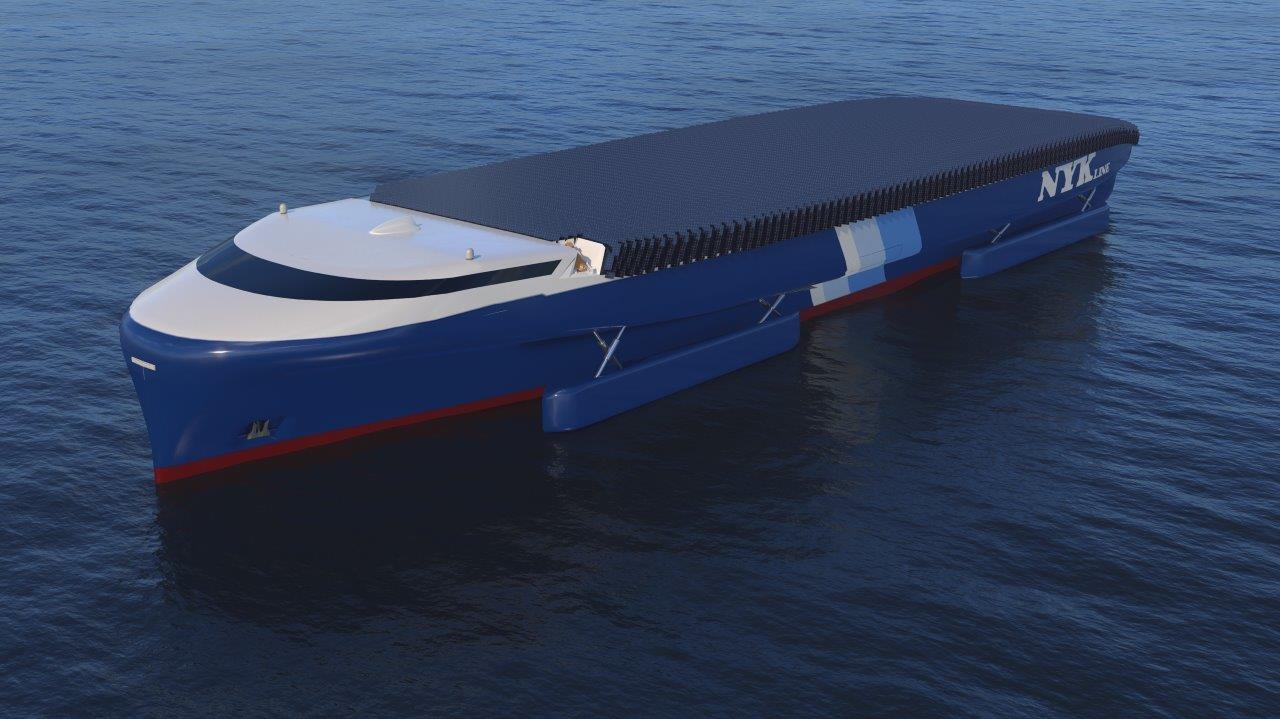 The pure car and truck carrier (PCTC) project has been given the name NYK Super Eco Ship 2050.

NYK states that the power needed to operate the vessel can be reduced by as much as 70 per cent by remodeling the hull to decrease water friction, reducing the weight of the hull, introducing fuel cells for electric propulsion, and relying on other highly efficient propulsion devices.

Instead of relying on fossil fuels, the ship will be powered by solar energy and hydrogen produced from renewable energy sources, all of which would lead to a reduction of CO2 by 100 per cent and thus result in a zero-emission vessel.

The vessel’s dimensions will roughly be the same as those of a conventional PCTC. It will have a length of 199.9 metres, a width of 49 metres, and a draught of nine metres.