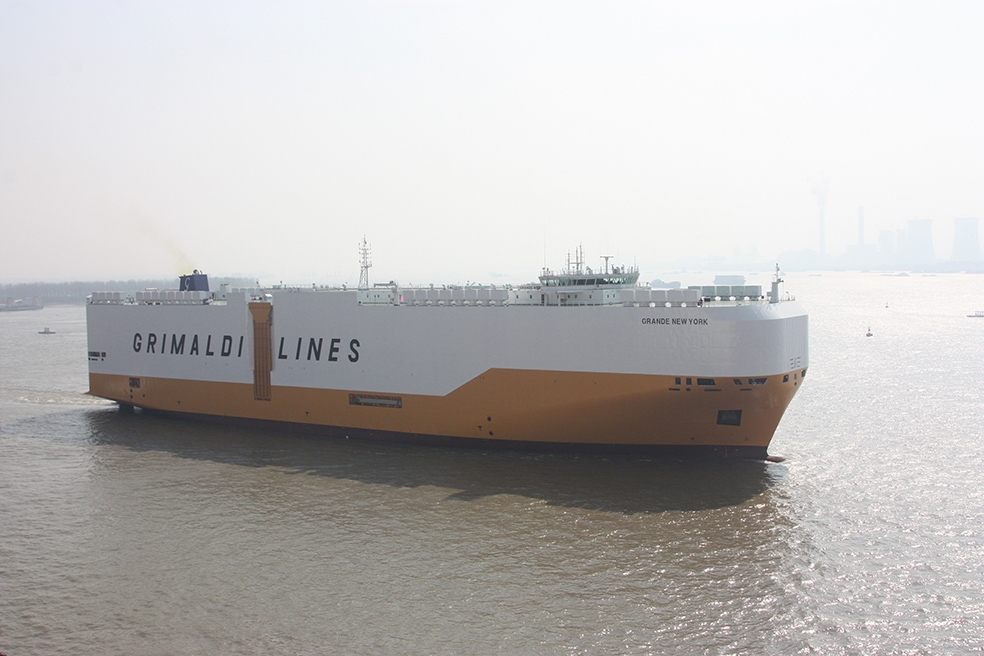 The second in a series of three sister units, the 199.9-metre by 32.2-metre Grande New York will be deployed on the Mediterranean-North America route.

Featuring a cruising speed of 19 knots, Grande New York is equipped with four hoistable decks that allow her to transport any type of rolling cargo up to 5.2 metres in height.

Built at Jinling shipyard at Nanjing, the vessel has two access ramps, a side ramp and a quarter stern ramp, the latter allowing the loading of freight units with a weight up to 150 tonnes.

Grande New York is fitted with an electronically-controlled Man Diesel and Turbo main engine and a ballast water treatment unit.