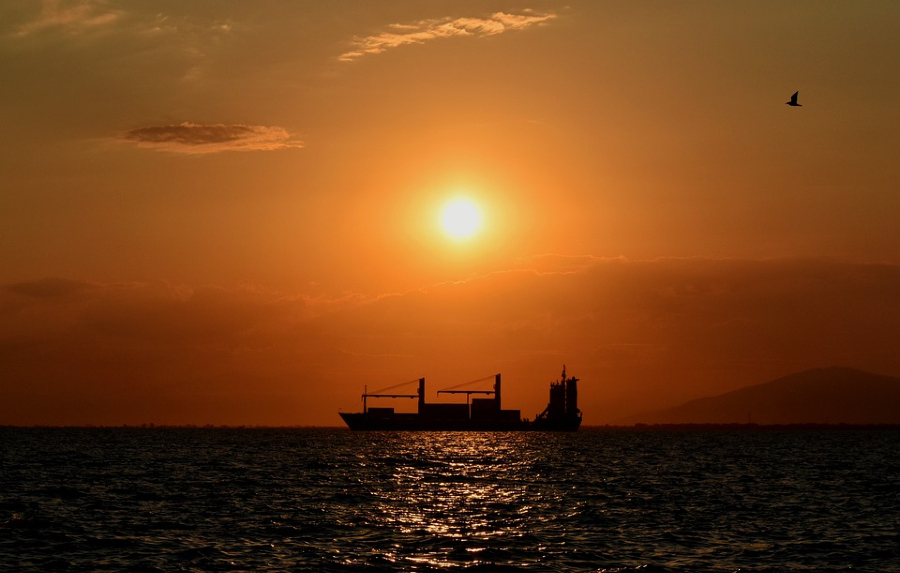 Twenty-four crew members of the Al Messilah, a livestock carrier under the Kuwaiti flag, tested positive last week for Covid-19 at Fremantle Port in Western Australia. They are among the few cases where maritime crews have tested positive.

Despite assumptions that ships are an especially conducive environment to the spread of the virus, the real issue is not the risk to seafarers while they live and work on ships, but the restrictions they face when trying to travel to and from work. International restrictions on the movement of people are putting unbearable pressure on sailors, while also threatening disruption to trade, including Australia’s imports and exports.

Because of lockdowns and reduced economic activity, fuel demand is down around the world, which is also why Australian refineries are struggling. In anticipation of possible supply shortages, the Australian Competition and Consumer Commission has allowed oil companies to coordinate supply and storage since April 3 this year, in order to avoid fuel shortages for consumers and businesses.

Last month, Prime Minister Scott Morrison’s government announced a plan to force fuel companies to store greater quantities of petrol, jet fuel and diesel in the country. This move should help increase energy security after the former Department of the Environment and Energy released a report detailing that Australia’s fuel stocks are significantly below levels mandated by the International Energy Agency (IEA).

All IEA members are expected to store 90 days of annual net imports, but in December 2018, the quantity held in Australia amounted to no more than 53 days of net imports (an increase on the 46 days held in November 2017). The Department of the Environment and Energy’s report says the reserves are far greater if you include fuel in transit to Australia, bringing them to up to 80 days, based on the 2018 average.

This fact raises an important issue: nearly half of Australia’s net oil imports are at sea at any given time, meaning the slightest disruption to the maritime supply chain could cause huge problems. Such disruption is now likely.

Beneath the economic disruption of the pandemic, there is an invisible humanitarian crisis at sea. Many countries, including Australia, have closed their borders to contain Covid-19. This has made international travel difficult, expensive and often impossible.

Some 1.6 million seafarers are on board ships at any given time. More than 10 per cent need to leave the ship they’re working on in any given month, to be replaced by new crews.

The 400,000 seafarers stuck on ships are past the end of their contracts, but they are not allowed to go home because of border restrictions around the world. A similar number are stuck at home, unable to join the ship they’re supposed to be working on.

This is bad for their well-being. I should know – I have been stuck on a cargo ship for five months this year. But, unlike many other seafarers, I was able to disembark and return home.

Working at sea is hard. Many seafarers work long hours, seven days a week, for their entire time aboard. This is simply because the work has to be done, and there is no one to relieve them.

For this reason, the ILO created the Maritime Labour Convention (MLC) in 2006. The maximum work hours under the MLC are 14 hours in any 24-hour period, and a total of 84 hours in any seven-day period.

“This difficult time…should not be an excuse to overlook the plight of the key workers who ship goods in and out of the country.”

This though should give you an idea of the escalating crew change crisis. The maximum contract length under the MLC is 11 months. The International Transport Workers’ Federation (ITF) initially agreed to allow contract extensions beyond 11 months; they understood that crew change would be difficult and could harm the integrity of global supply chains.

Today, several countries have classified seafarers as “key workers”, and crew change is possible in many ports. But it remains far more difficult and costly than prior to the onset of the Covid-19 pandemic.

Panama, a major flag state, allowed for contract extensions beyond the MLC for up to 17 months. Since September 14, it expects shipping companies to comply with the MLC again, as crew change is now merely difficult, rather than impossible as before.

As a result, crews increasingly demand repatriation, after some have worked more than 17 months – without a break. This is a situation the ILO classifies as “forced labour” under the MLC, a point reiterated by Brandt Wagner, Head of ILO’s Transport and Maritime Unit.

A country like Australia can’t survive for long without ships continuing their routes and operations. There would be no petrol, and no export revenues, either, which would soon grind the entire economy to a halt.

With Covid-19 restrictions in Victoria finally easing, it would be an economic disaster if shipping stopped. But it will be an even bigger disaster if the hundreds of thousands of people stuck on ships cannot be relieved soon, because the situation they are in – exhausted crews with long uninterrupted sea time – is inhumane and gravely increases the risk of serious accident and injury.

This difficult time may provide us with a good opportunity to think about a fossil-free future, but it should not be an excuse to overlook the plight of the key workers who ship goods in and out of the country.

Christiaan De Beukelaer is a senior lecturer in the School of Culture and Communication at the University of Melbourne.