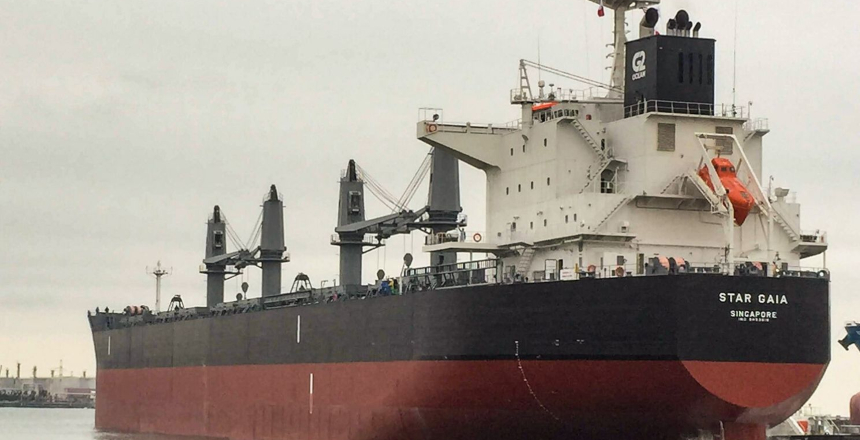 The vessel, which was built by Mitsui Chiba Shipyard, in on a long-term charter contract for seven years.

Star Gaia was named after Gaia, a deity whom ancient Greeks believed was the grandmother of the god Zeus and symbolised the Earth.