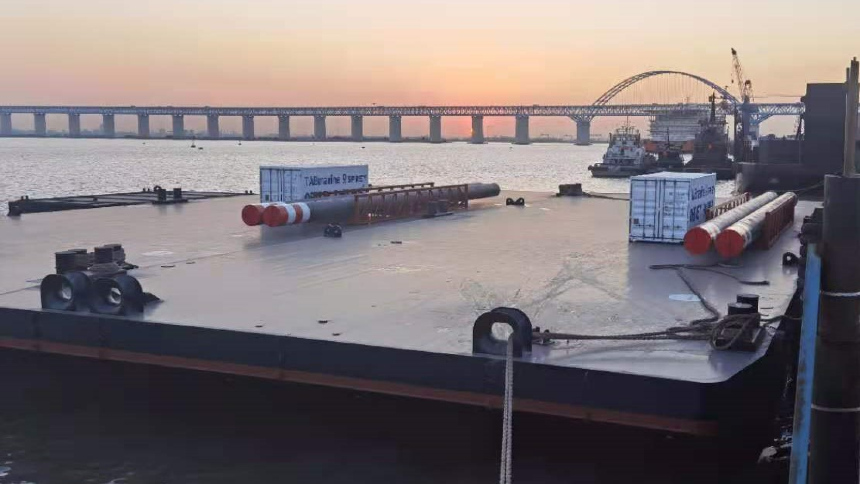 The ABS-certified Osprey Bouwer and Osprey Fabrique are designed for operation in support of a broad range of transport and civil works even under harsh conditions.

Each barge has a length of 50 metres, a beam of 18.8 metres, a height of three metres, and a deck cargo capacity of 20 tonnes per square metre. Equipment includes six double bollards, three tow brackets with fairleads, two 1,000-mm spud cans, and two 23-metre spud poles.