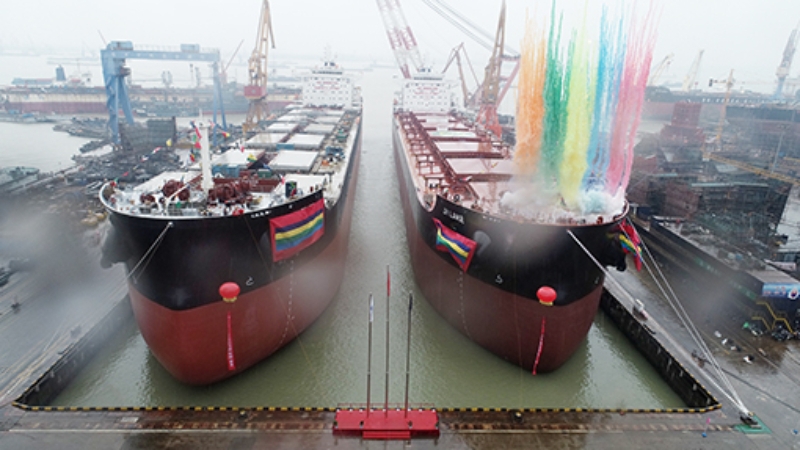 Two bulk carriers being built by CSSC Chengxi Shipbuilding for Bank of Communications Financial Leasing were officially named in a ceremony held on Wednesday, December 26.

The third and fourth 82,000-tonne vessels of a 10-vessel order placed by Bank of Communications have been named JY Lake and JY River, respectively.

Each bulk carrier will have a length of 229 metres and a width of 32 metres.