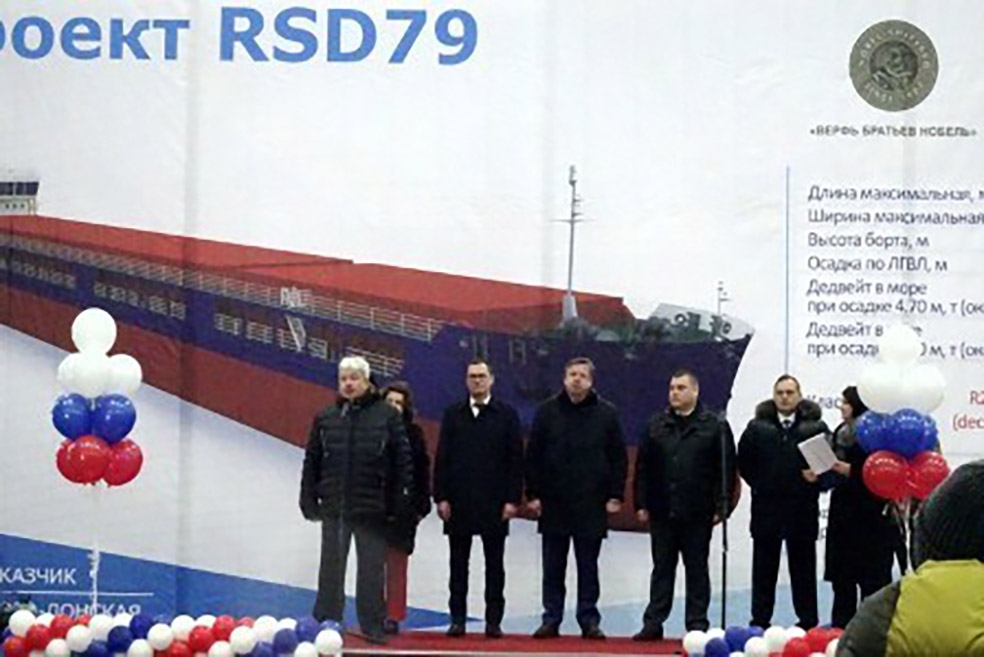 Russia’s Nobel Brothers Shipyard has conducted a keel-laying ceremony for the first of its multi-purpose Project RSD79 dry cargo carriers.

Designer Marine Engineering Bureau said the 141-metre LOA vessels with 16.9-metre beams have the maximum dimensions to sail along the Volga-Don canal.

The Rybinsk-based subsidiary of United Shipbuilding Corporation said the 11,000-cubic-metre vessel with a six-metre draught was designed to transport general, containerised cargo (including refrigerated containers), timber, grain, oversized cargo and dangerous goods in the Caspian, Mediterranean, Black, Baltic, White and North Seas, including sailings around Europe and in the Irish Sea during winter.

The 8,000DWT ships of Volgo-Don Max class have a container capacity of 248 TEU, including 30 TEU of refrigerated containers.

They have an operational speed of 10.5 knots and a 20-day endurance at sea.

It has berths for 14, including a crew of 11. There is also a sanitary cabin and a pilot cabin.