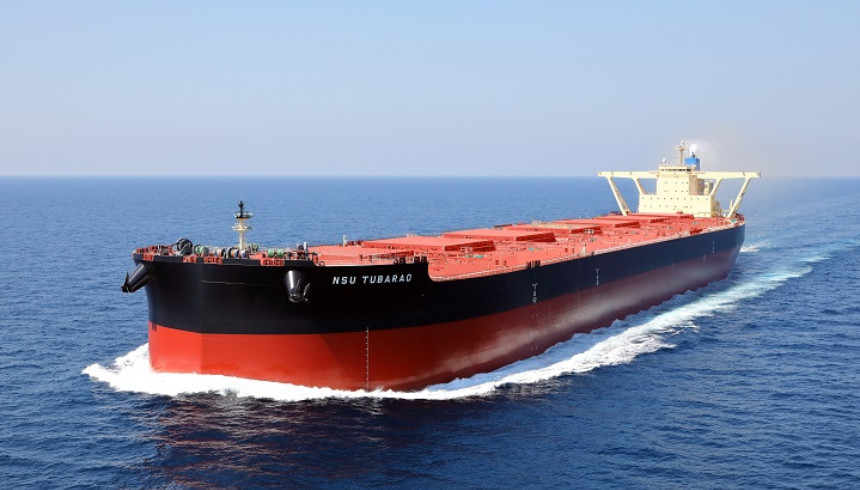 Named NSU Tubarao, the Liberian-flagged vessel will be used primarily to transport iron ore from Brazil to Japan.