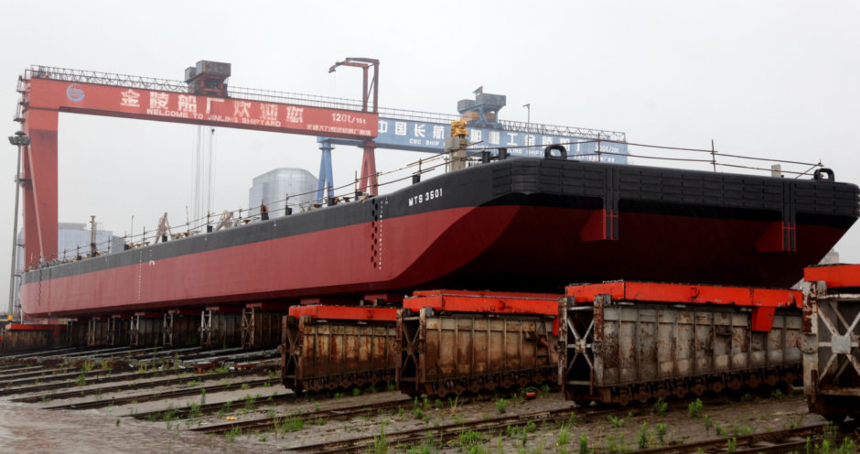 The barges are designed to LR class rules for double hulled oil barges and are compliant with MARPOL and Transport Canada Rules and Regulations. Each barge will be capable of carrying liquid petroleum cargo and containerised and bulk deck cargo.

The vessels are slated for operations in the Beaufort Sea and for shallow draught operations on the Mackenzie River in Northern Canada. They will be operated by Marine Transportation Services, which is fully-owned by the Government of the Northwest Territories.

Each barge also has a liquid cargo capacity of three million litres.

The vessels will undergo final testing and touch-up work in preparation for the tow down the Yangtze River to Shanghai, where they will be loaded onto a semi-submersible heavy lift vessel and transported to Tuktoyaktuk in Northern Canada.