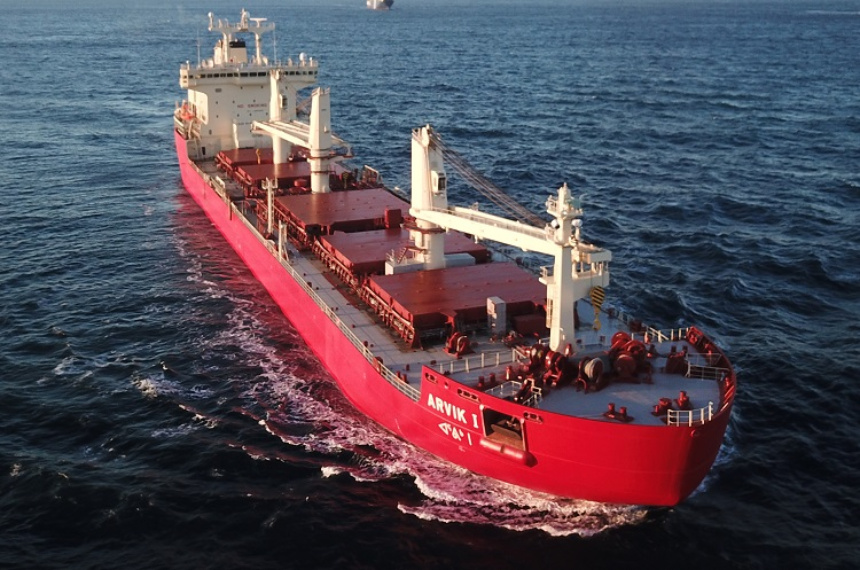 The DNV-classed vessel has been named Arvik I after the translation of “bowhead whale” in the Eastern Canadian Inuktitut language. It is the third vessel to be built by JMU for Fednav after the 2006-built Umiak I and the 2014-built Nunavik.

The vessel is capable of breaking ice up to 1.5 metres thick and will be used primarily to transport nickel concentrate sourced from Deception Bay Port in northern Quebec.