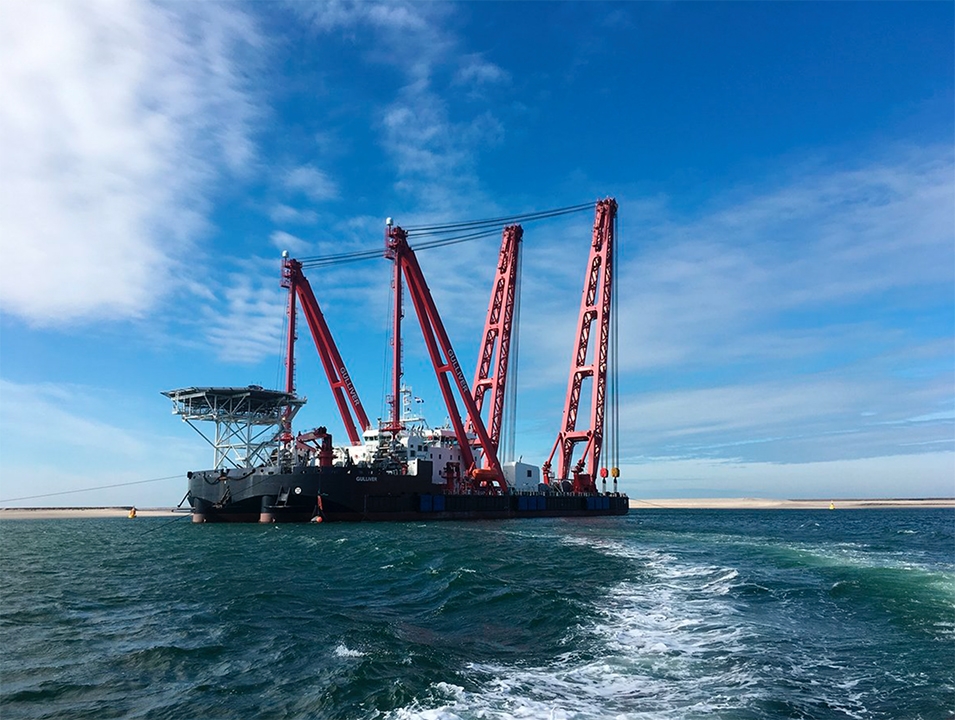 Built at the Hong Qiang Shipyard in China, the vessel was designed by Belgian firm Scaldis with Vuyk Engineering Rotterdam, part of IHC Offshore and Marine.

The heavy lift vessel with four azimuth thrusters totalling 6,450kW can be used to install and decommission offshore infrastructure, including offshore wind farms, in deep water for the oil and gas industry.

Accommodating 78 people, the 108-metre by 49-metre vessel with helipad and four working anchors and winches has a transit speed of seven knots.

It can also be used for heavy lifting work, such as the construction of bridge components and clearing shipwrecks.