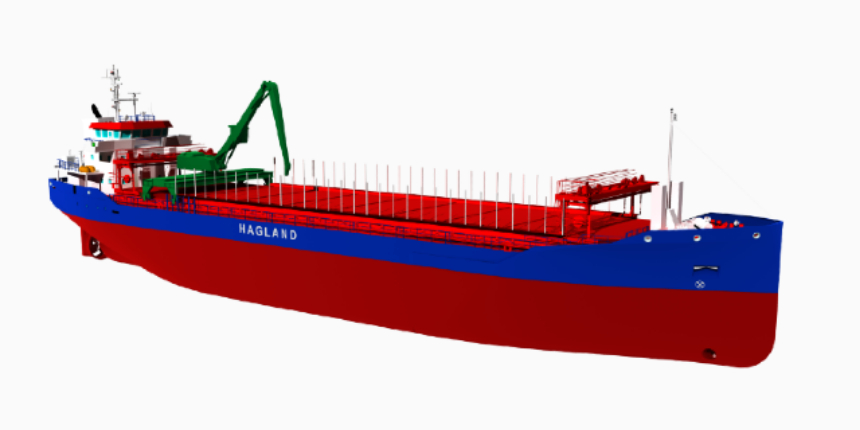 Norwegian operator Hagland Shipping has entered into a contract with Dutch shipyard Royal Bodewes for the construction of two self-discharging bulk carriers of 5,000 DWT each.

The vessels will be designed to generate zero emissions at harbour and substantially reduced emissions while underway.

Each newbuilding will have a plug-in battery hybrid system that will satisfy IMO Tier III emissions requirements.
Hagland expects the newer ships will generate 30 per cent fewer CO2 emissions and up to 95 per cent fewer NOx emissions compared to its older ships.

The new bulk carriers will be delivered in the first and second quarters of 2023 and will replace some of the older ships in the Hagland fleet.

Multinational finance company Enova will contribute about NOK26.8 million (US$3.2 million) in funding for the construction of the first two ships. The rest of the funding will be sourced from equity and bank loans.