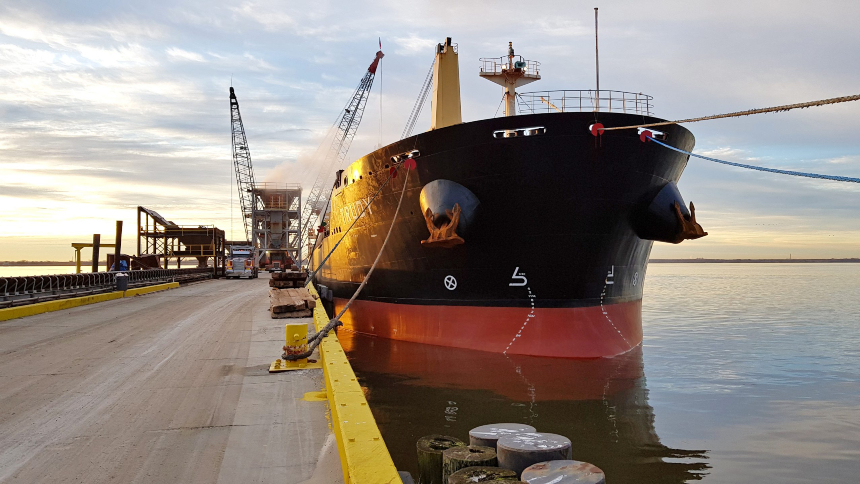 Bavarian ship management company Minship and its subsidiary Minmarine have confirmed that a bulk carrier in their fleet of managed vessels has successfully bunkered biofuel at the Port of Rotterdam.

The biofuel bunkered by the 2009-built, 30,790DWT Trudy on Friday, April 17, was developed by Amsterdam-based GoodFuels as a second generation sustainable biofuel produced from certified feedstock that is labelled as waste or residue.

Since biofuel will be the only fuel burned in Trudy‘s main engine for eight to 10 days, the vessel is expected to generate up to 90 per cent fewer CO2 emissions than if it was burning a conventional shipping fuel.

Additional trials on other vessels under Minship’s management are being planned.