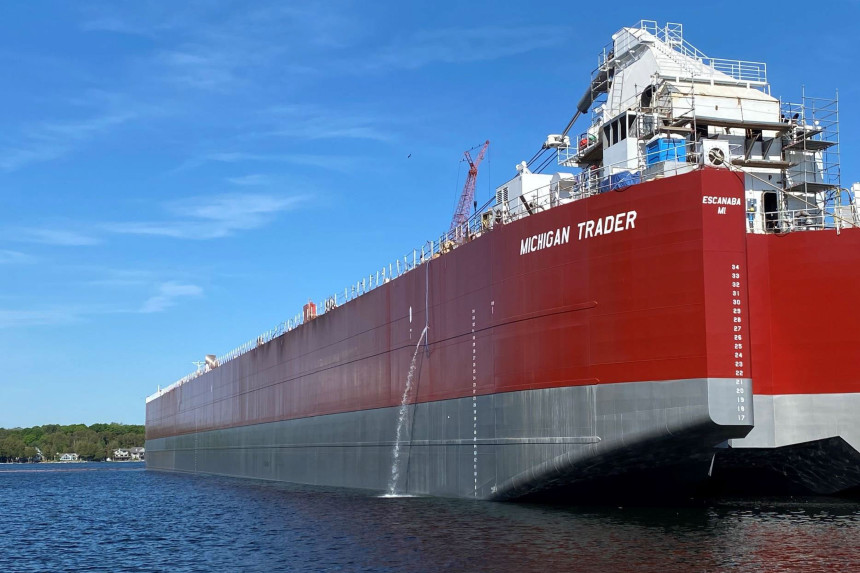 Fincantieri Bay Shipbuilding has delivered a new self-unloading barge to Michigan-based VanEnkevort Tug and Barge for operation on the Great Lakes.

Michigan Trader will join as the tenth overall barge and the fourth self-unloading barge in the VanEnkevort fleet operating on the Great Lakes, the Mississippi River, and the Gulf of Mexico.