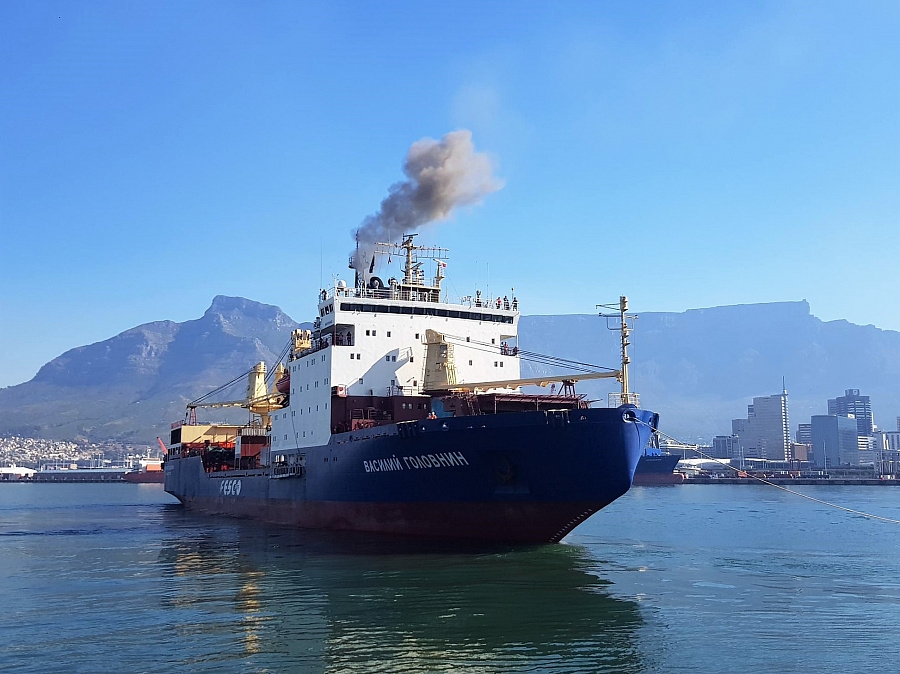 The ship, which is due to arrive in Antarctica in April, is loaded with food, fuel, research equipment, and other cargo totaling approximately 1,066 tonnes.

Also embarked on Vasiliy Golovnin are a team of scientists and technicians who will relieve those currently at the NCPOR research stations, two helicopters for conducting aerial reconnaissance missions, and a self-propelled landing barge for unloading cargo.

The contract for the resupply missions was originally signed by Fesco and the NCPOR in October 2018.