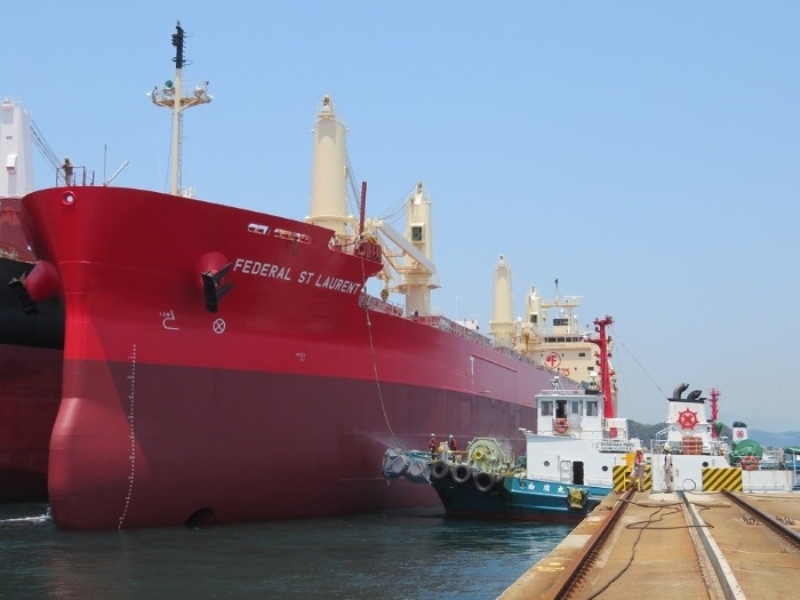 The 34,500DWT ice class newbuild has been named Federal St Laurent in honour of the Saint Laurent (Saint Lawrence) River, which flows along Fednav’s head office in Montreal.