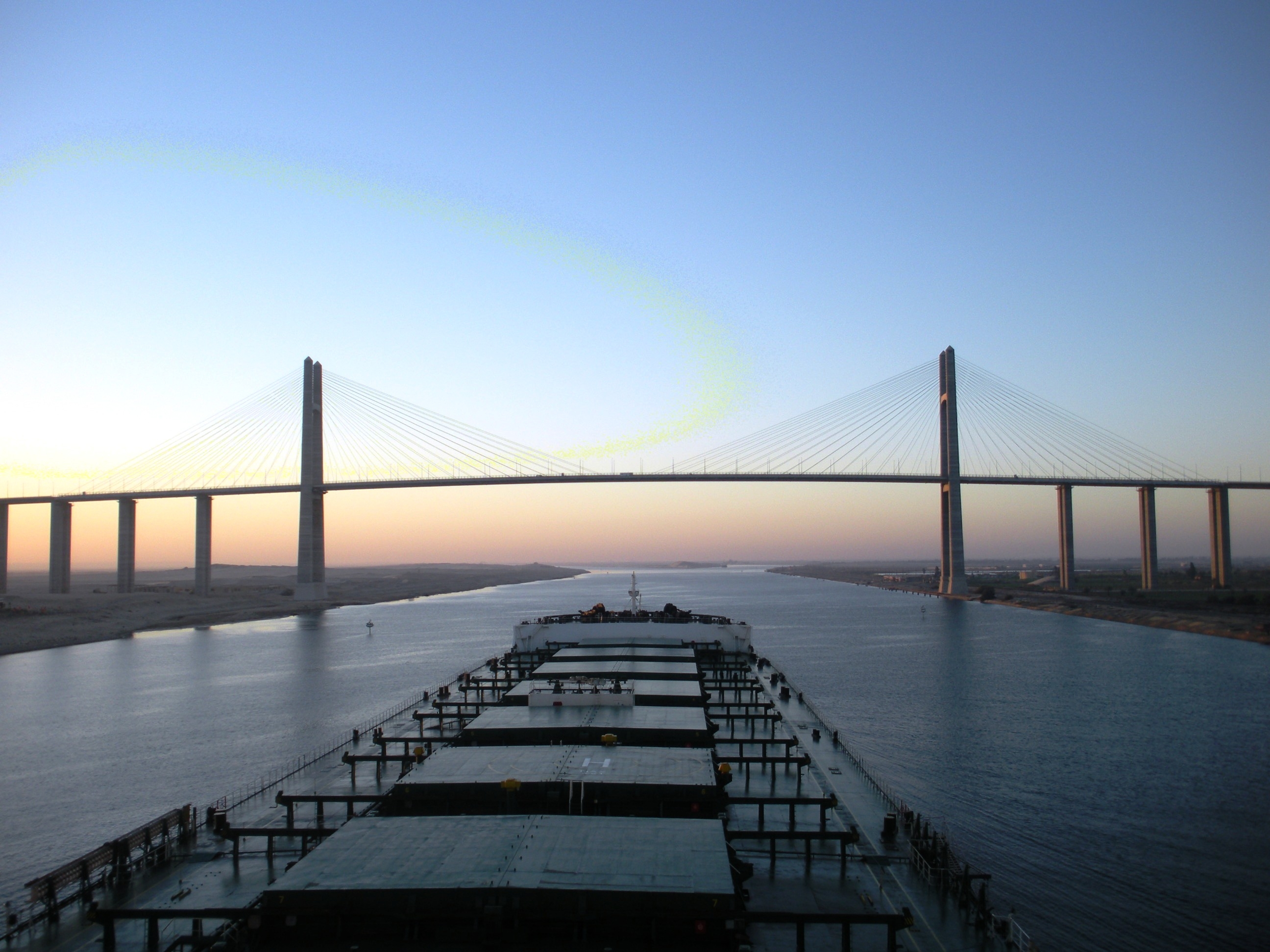 The 18 Capesize ships demolished this year, sailed away from the poor market conditions faced by these larger vessel sizes since January 25. In the almost three months since then, Capesize earnings have remained below USD$9,000 per day, falling to a low-point USD$3,460 per day on April 2.

Capesize earnings have averaged USD$8,079 per day since the start of the year, a loss making level with BIMCO estimating that a Capesize ship needs to earn around USD$15,300 per day to be able to cover daily costs.

In 2019 the Capesize market has faced several shocks, including the dam collapse in Brazil and bad weather in Australia, but it also faces more long term challenges such as the falling Chinese iron ore demand.

“Due to the falling demand for commodities traditionally carried by Capesize ships, limiting fleet growth will become even more important if freight rates are to be profitable,” said Peter Sand, BIMCO’s Chief Shipping Analyst.

“For that reason, rates of demolition of Capesize ships in 2019 and 2020 are essential to addressing the fragility of the market balance.”

In addition to this, deliveries scheduled for the rest of 2019 as well as 2020 and 2021 paint a bleak outlook for the market balance. A further six Valemax, 46 VLOCs, 17 standard Capsizes, and two baby Capes are slated to be delivered in 2019. A mammoth 24.8 million DWT (three Valemax, 79 VLOCs, 20 standard Capsizes and eight baby Capes) has been ordered to be delivered in 2020, and deliveries of eight million DWT in 2021 has already been ordered. 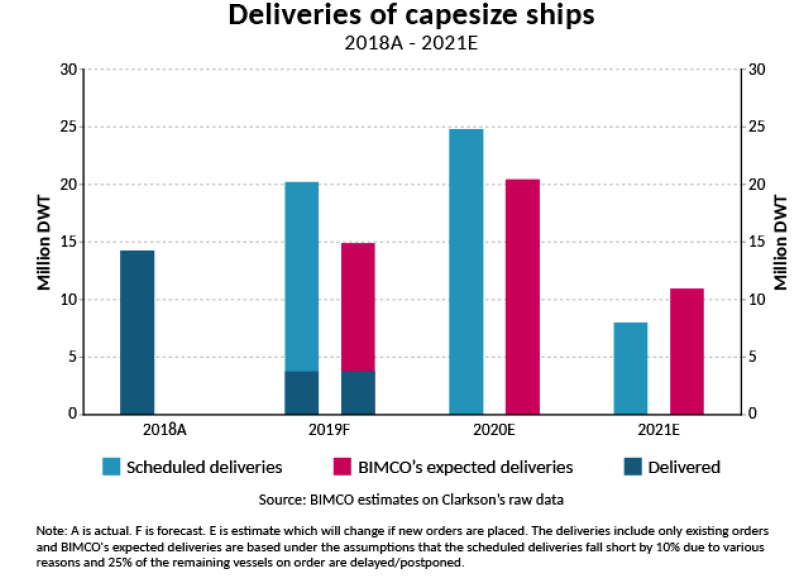 “Demolition activity may rise somewhat with the upcoming implementation of the IMO’s 2020 sulphur cap and Ballast Water Management convention.

“Even if new regulation leads to more demolition, the market for large dry bulk ships is likely to face continued pressure as there is little potential for substantial growth on the demand side.”

Prospects for dry bulk ships smaller than Capesize are less concerning, as the market conditions are more stable. Despite some disruption to trade lanes due to the trade war, the markets for these smaller ships face fewer disruptions on both the demand and supply side.