FEATURE | Chinese purchases of US soya beans bounce back in January 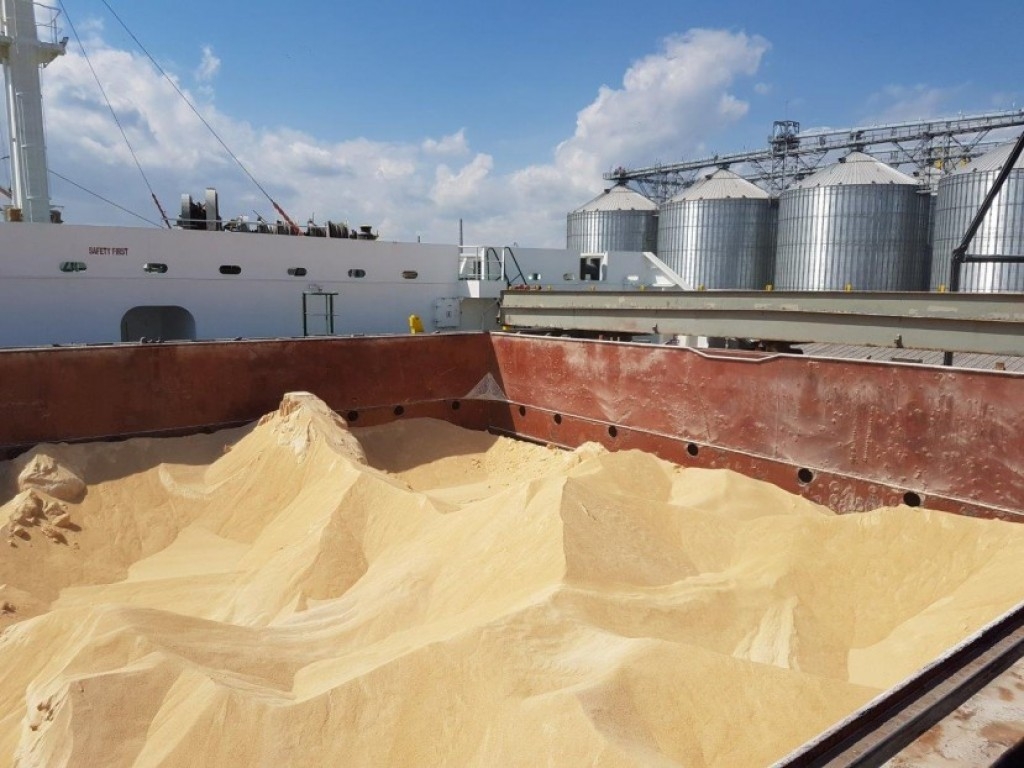 Exports to China rose in January, reaching 1.4 million tonnes, up from only 69,079 tonnes in December and accounting for 30.7 per cent of total US soya bean exports in January. This is the highest monthly exports to China since March 2018 which marked the start of the trade war, and is largely due to good will purchases by Chinese buyers in an effort to advance trade talks.

“Although volumes remain considerably lower than what would be expected in a normal season, the increased exports to China bring hope for the US that Chinese buyers will return once trade tensions are resolved. Higher US exports combined with the start of the Brazilian exporting season is good news for Panamax and Supramax vessels catering to this trade,” said Peter Sand, BIMCO’s Chief Shipping Analyst. 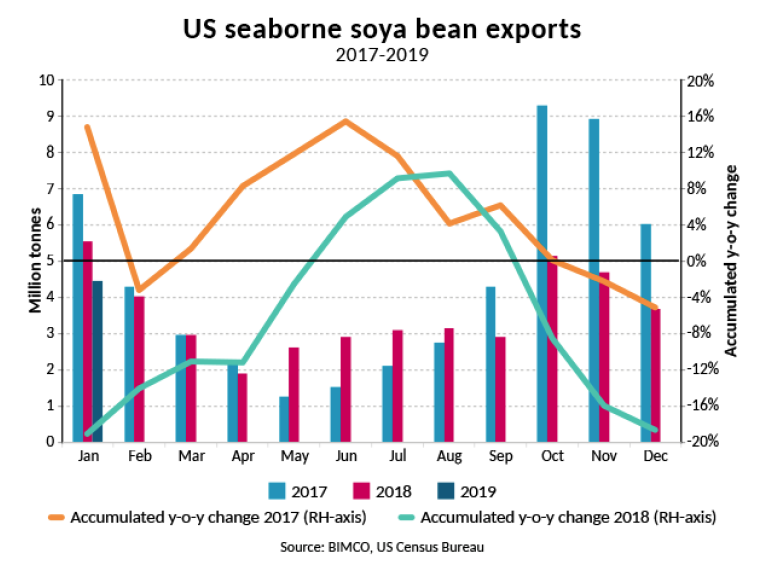 Data from the USDA on soya beans inspected and/or weighed for export, suggests that while total exports in February were similar to those in January, at 4.4 million tonnes, exports to China rose further to 2 million tonnes.

The marketing year started in September 2018, and by the beginning of January exports to China were 97.7 per cent lower than the same period in the 2017/2018 marketing year. However, by 21 March 2019, this gap was brought down to 81.9 per cent on the back of higher exports in particular to China, in February and the first few weeks of March.

“In the coming months, US soya bean exports can go one of two ways, either following their usual seasonality: falling from March through to the start of the next export season. Or, because of full stocks following the disappointing export season, the US would be able to increase its offseason exports if it can find willing buyers. Any shipowner would love the latter to be the case, but they should be prepared for an outcome somewhere between the two possibilities,” said Sand. 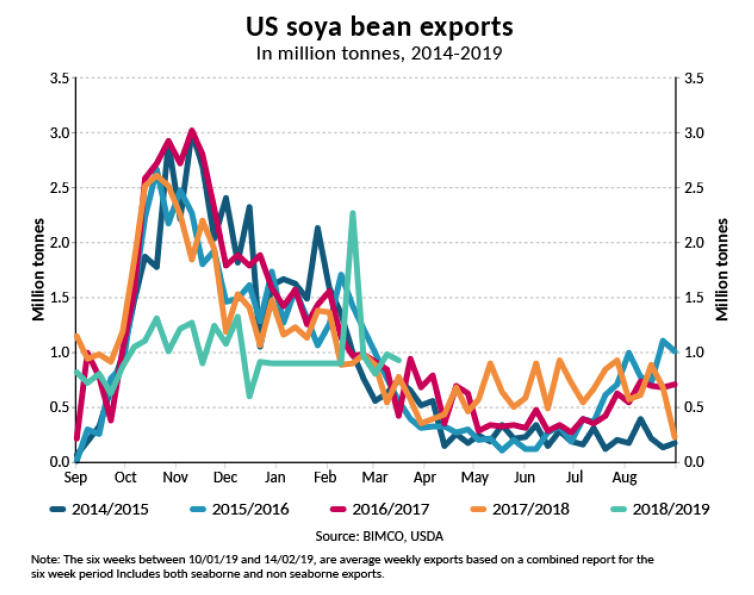 In 2018, China remained the largest buyer of US soya beans, but its dominance fell dramatically. In the last six months of the calendar year only 3.4 per cent of US soya bean exports were sent to China. 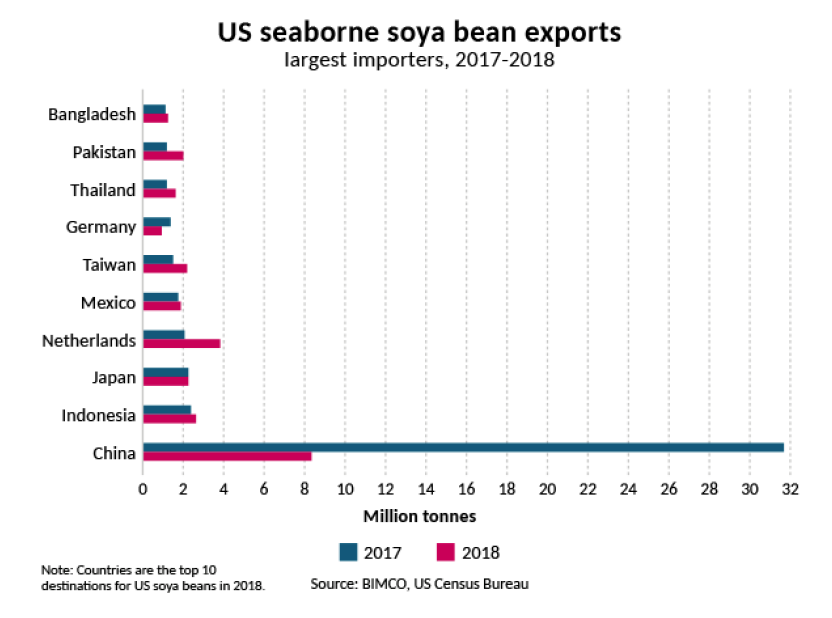 In the second half of 2018, the Netherlands became the largest buyer of US soya beans followed by Argentina and Egypt. Total exports to the Netherlands and Egypt in 2018 grew 84.5 per cent and 214.9 per cent respectively compared to 2017, and Argentina went from 276 tonnes to over 2 million tonnes.

“All the largest destination for soya bean exports in the second part of 2018 are short haul destinations when compared to the China trade. In shipping the sailing distance is often more important than the transported volumes,” added Sand.