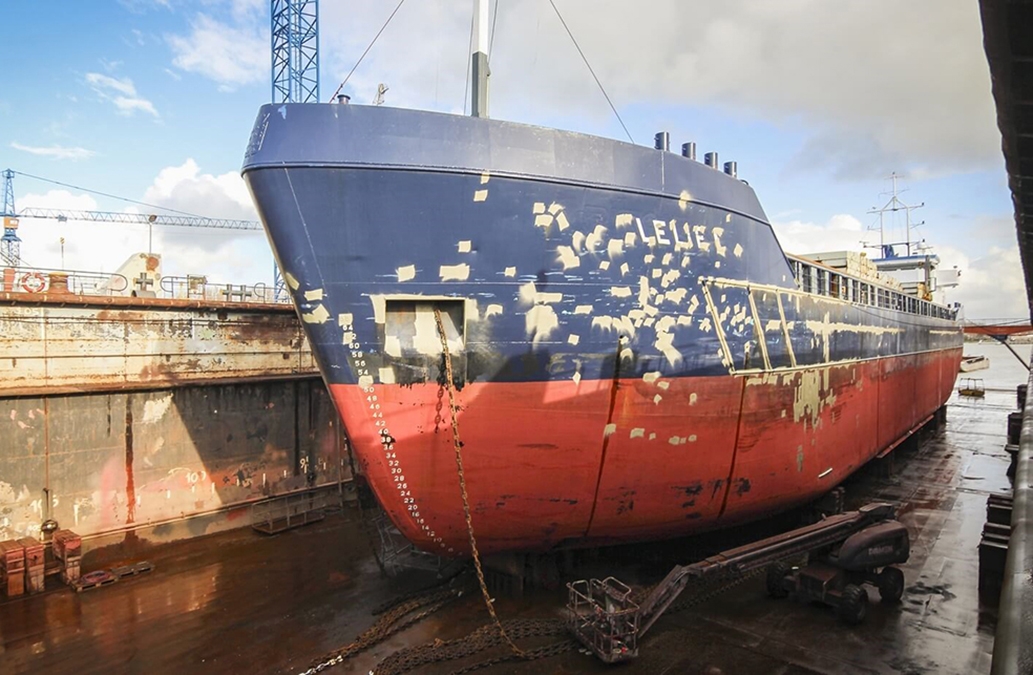 The three-week stopover included a full survey and a range of repairs and maintenance to prepare Lelie C for more years of reliable service.

The main project was the installation of eight new cement silos, each with a capacity of 40 cubic metres. Previously fitted on VOS Symphony, the tanks were refurbished and reinstalled.

About 100 square metres of grating walkway was fabricated and fitted on the deck to access manifolds on each of the new silos. The supply/discharge and air pipe system for the two existing silos was also refurbished.

Other works included fitting a new fuel filter system, renewing the hydraulic pipes for the hatch crane, and repairing the propeller. The seals and liner for its shaft were changed, as were the bow thruster’s shaft seals.

The hull and topsides also received a fresh coat of paint.