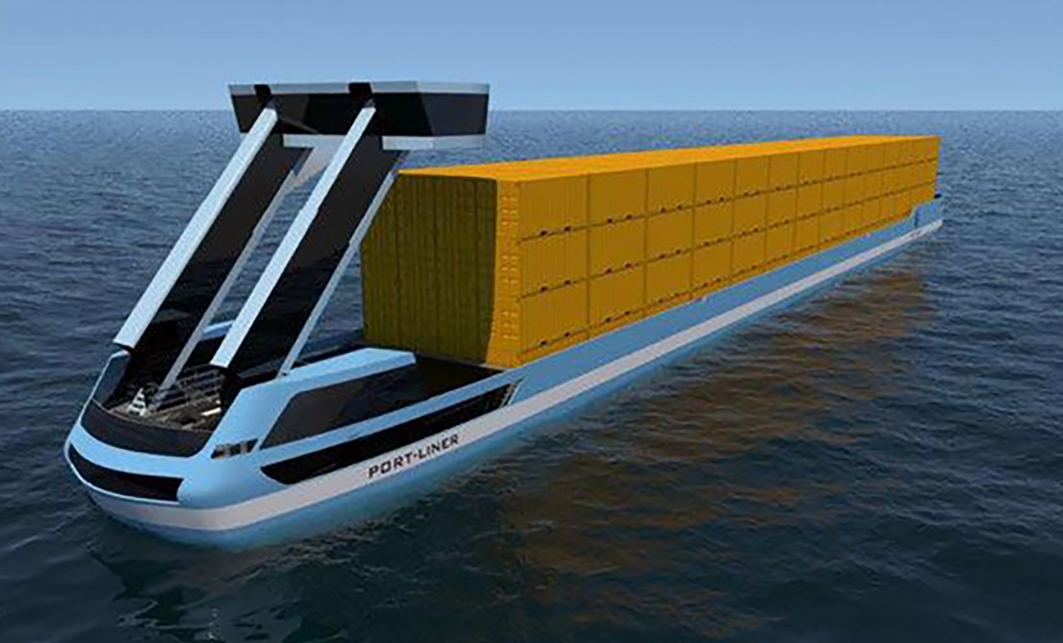 Dutch company Port-Liner is switching to the use of all-electric freight vessels for inland shipping in Belgium and the Netherlands from August.

The Tilburg logistics company GVT Group will operate the Omega Architects-designed vessels on the route between the Vossenberg-West business park and the Port of Rotterdam.

Designed to operate without crew and fit under bridges as they transport goods, the “Tesla of the canals” is expected to reduce the use of diesel-powered trucks for transporting freight.

In August, five 52-metre by 6.7-metre barges capable of carrying 24 20-foot containers weighing up to 425 tonnes will be in operation. The Eneco-charged battery containers will provide 15 hours of power.

The Guardian newspaper reports six 110-metre by 11.4-metre vessels that can carry 270 containers and sail for 35 hours would be developed later as part of a Port-Liner plan to have 15 all-electric vessels.

The batteries are stored in containers, enabling depleted batteries to be exchanged for charged batteries.

Port-Liner is receiving a €7 million (US$8.7 million) Connecting Europe Facility subsidy for the development and construction of six large vessels.