Written by Baird Maritime on April 10, 2018. Posted in Bulker World. 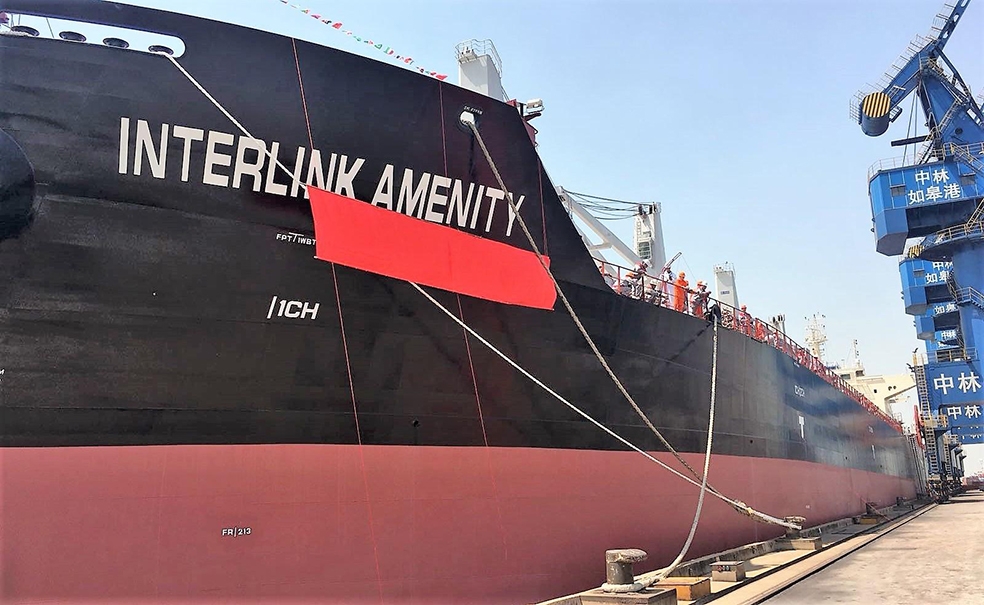 Upon delivery, the vessel started a 10-year bareboat charter to a company owned and guaranteed by Interlink Maritime Corp.

The 38,800DWT vessel was built at Huatai Heavy Industries.

The announcement comes after the delivery of four Handysize dry bulk vessels.

The three 2015-built and one 2014-built vessels were delivered on March 29 and immediately started 10-year bareboat charters with companies owned and guaranteed by Interlink Maritime Corp.