Written by Baird Maritime on August 30, 2018. Posted in Bulker World. 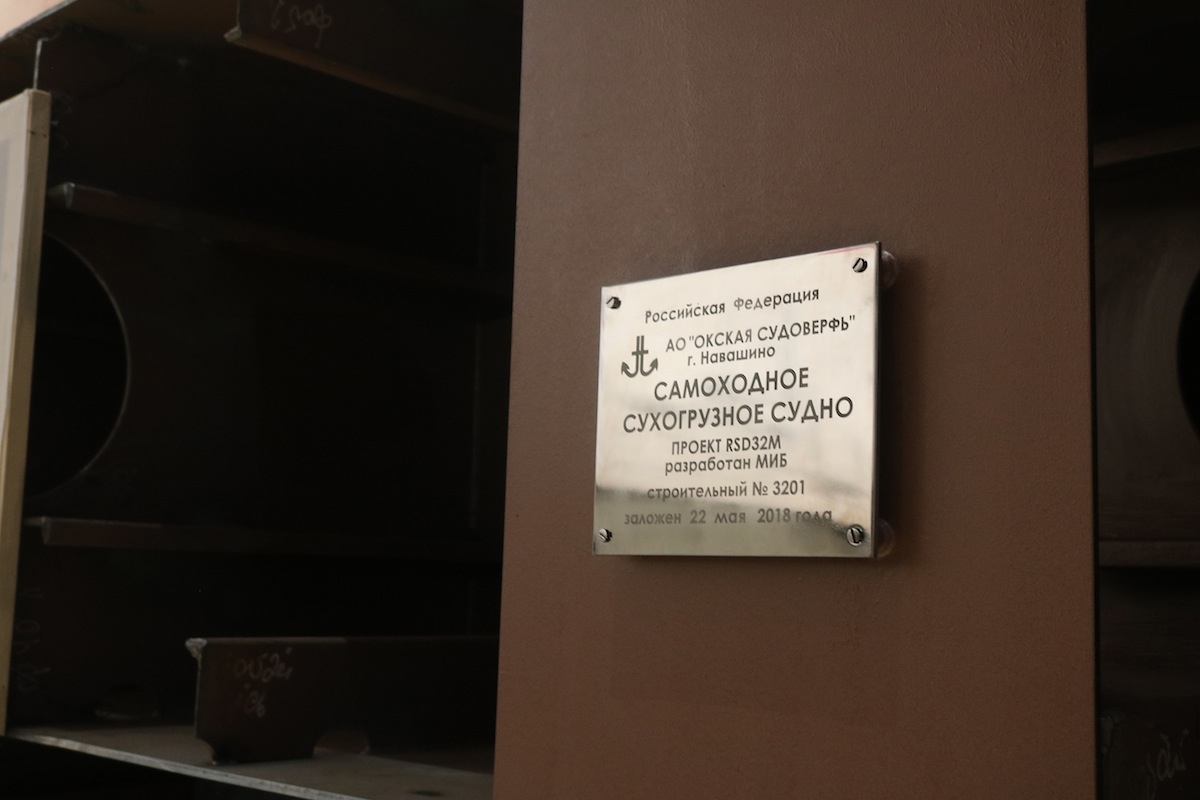 Okskaya Sudoverf Shipyard recently hosted an official keel-laying ceremony for the third in a series of eight dry cargo ships for Project RSD32M. The order was placed with Shipyard OKA by State Transport Leasing Company for Moscow based shipping company Navis-1.

The dry cargo carrier for Project RSD32M was designed by Marine Engineering Bureau for the transportation of general and dry bulk cargo (including grain), palletised lumber, round timber, metal scrap, bundled and coiled metal, heavy and oversize cargo, coal, hazardous cargo of class 1, 2, 3, 4, 5, 6.1, 8, 9 and “B” Group of IMSBC Code.

The ships can be operated within sea basins and on the inland waterways of Russia’s European part including the Volga-Baltic Waterway and Volga-Don Canal.