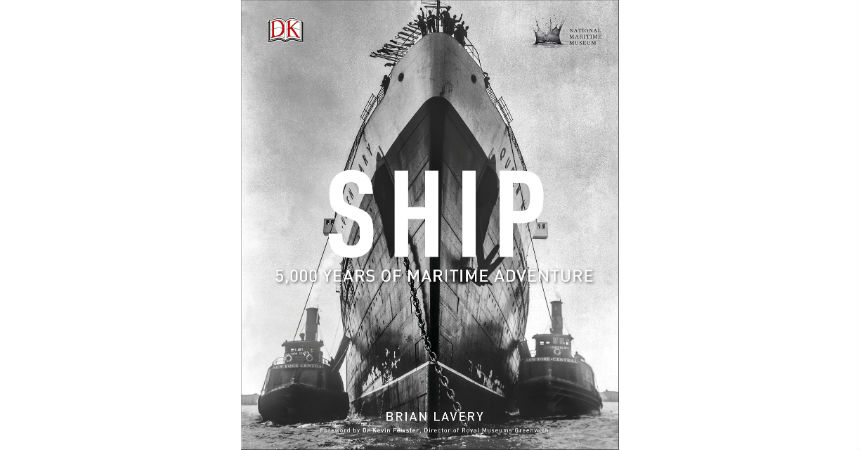 Published in association with Britain’s National Maritime Museum at Greenwich, of which the author is Curator Emeritus, the book benefits substantially from that association. However, like the museum itself, the book declines sadly in its coverage of the period from about 1940 to the present day. It would have been better if it had concluded with the start of World War II.

While its coverage of the first 5,920 years of maritime life well justifies its impressively reasonable price, the final eighty years let it and its readers down.

The problem is that there are still too many people in Britain, particularly at the museum in Greenwich, who cannot come to grips with the fact that Britannia no longer “rules the waves”. Nor has it done since 1940. For example, the world’s greatest-ever naval battle, at Leyte Gulf in 1944, is given very short shrift. Is that because the main participants were Japanese and Americans?

Neither the museum nor the book reflects the fact that the maritime world has moved dramatically eastward and changed significantly since 1940. Britain no longer builds ships except for the odd warship or small ferry, which are usually delivered three years late and at triple their budgeted prices. The great shipping lines of the past are long gone. Heaven forbid, the historic Cunard Line and the famed P&O are now simply “brands” of the infamous Israeli/American Carnival Cruise Lines. Most of the delightfully atmospheric old ports, such as London and Liverpool, are now effectively ghosts. Greenwich still inhabits that past like some kind of dusty archaeological relic.

This is reflected in the displays at the museum where, until the mid-1970s, I could happily spend days at a time. Last year, an hour was more than enough. Except, I am delighted to report, for the brilliantly restored clipper Cutty Sark. Like too many maritime museums, Greenwich is now “commanded” by people who have no passion for matters maritime. They are museum “professionals” who are more interested in drawing ever-greater numbers of people through the door and have “dumbed down” their institutions accordingly. In doing so, they have dumbed down the past and largely ignored the incredibly dynamic present. This otherwise fine book is symptomatic of that.

The past eighty years are covered in such a cursory manner that tugs and offshore service vessels, except where they are wrongly captioned as “fireboats”, are not mentioned despite the tremendous development that has occurred in both sectors. The coverage of “fast craft”, as the book calls them, is forty years out of date and, even then, not very accurate. Is the museum’s staff peeved that the Incat and Austal fast ferries, for example, were not invented in Britain? Are they upset because AZD tugs were also developed elsewhere? The mention of Ro-Pax ferries is pathetic.

So too with shipbuilding. There is a brief and misleading mention of Japan, but it and Korea are dismissed in two brief sentences. Of China’s staggering rise to prominence, there is not a mention. The world’s most diverse, efficient and interesting shipbuilder, the Damen Shipyards Group is completely ignored. Is that because it is Dutch?

It is sad that a book with so much potential has been so badly let down by a wilfully ignorant approach to a vitally important period of its fascinating subject. Real history requires an objective and accurate approach to recent history. It is also a pity that the type is so small and insufficiently contrasted as to be illegible in parts of the book.