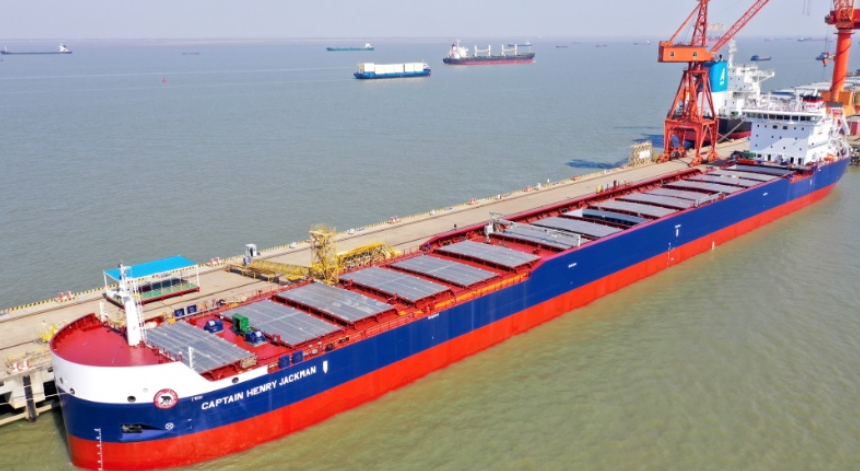 Captain Henry Jackman will sail for Canada in mid-April and will arrive in time for the commencement of trading on the Great Lakes in June.

Algoma said the newbuild features improvements in cargo deadweight capacity and equipment compared to earlier ships in the same series. However, it retains the performance efficiencies of its sisters.

The improvements include lightweight aluminium hatch covers and a twin rudder design that significantly increases the displacement of the vessel and enables it to achieve increased cargo capacity without requiring an increase in the propulsive power and fuel consumption. The result is an estimated 1,200-tonne increase in deadweight.

The vessel is also fitted with a closed-loop exhaust gas scrubber.

Captain Henry Jackman is the fifth vessel in a series to be acquired by Algoma.