Algoma Conveyor in transit for delivery to owners 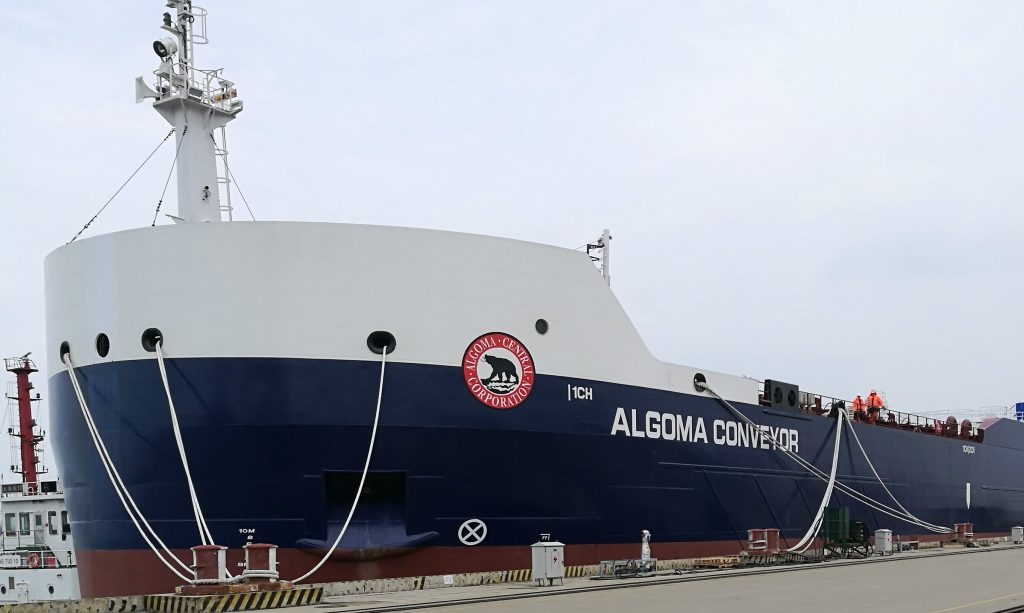 The recently completed Algoma Conveyor, the eighth Equinox-class bulk carrier ordered by Algoma Central Corporation, has departed Yangzijiang Shipbuilding’s facilities and is presently sailing towards its new owners in Canada.

The vessel is expected to arrive in Canada in early April following a two-month-long voyage that includes a refueling stop in the Philippines and transiting through the Panama Canal.

Algoma Conveyor was being constructed at Nangtong Mingde Shipyard just before it went bankrupt.

Algoma acquired the hull at auction in September 2017 and brought it to Yangzijiang Shipbuilding for final construction.