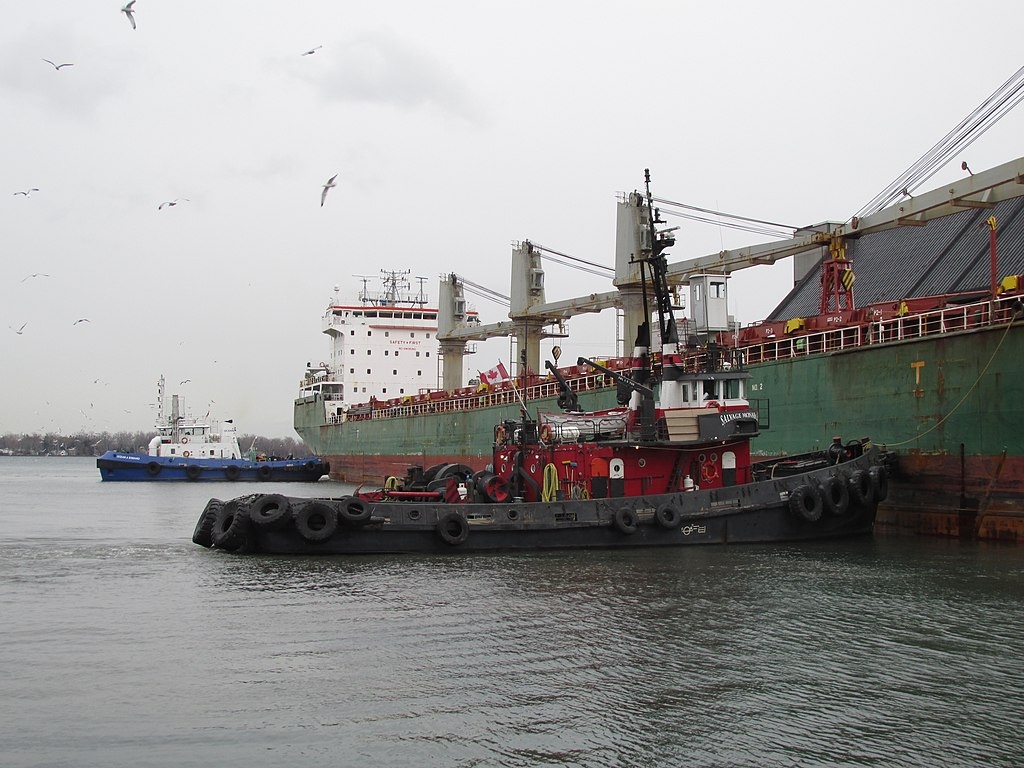 It is good to note that the recent safety seminar held by the British Tugowners Association (BTA) was widely reported in the shipping press. Most people in towage regard safety as paramount, but we seldom get credit for it – the press is generally more interested in mistakes than in efforts to prevent them.

BTA chairman Nick Dorman rightly pointed out that safety has improved in the towage industry, but he was not complacent and admitted there is still much to do. In particular, he cited the need for SMS and towage procedures to be clear, concise and easy to follow in order for tugpersons to understand them and reduce risk.

He stressed that safe towing practices need to be understood at every level – by pilots, port authorities, owners, managers, regulators and tug operators.

He also mentioned injuries to tug personnel, and I understand around 30 per cent of these injuries are caused by the use of heavy metal lumps on the end of heaving lines. Such missiles cause very nasty injuries when they make contact with a tug crewmember, yet it is worth noting I have not heard of any prosecutions of ship’s crews for attempted murder.

Mr. Dorman concluded that, “the way ahead is to have simple SMS, risk assessments and procedures that are not too detailed.”

“They knew the port like the back of their hands”

In support of this, Carri Woodburn of the Shipowners Club said inadequate procedures and guidelines were a contributing factor in many tug-related incidents. She cited a case where a tug hit a charted obstruction on the edge of an oilfield and caused US$ 1.75 million worth of damage, partly because seafarers had not read the SMS or corrected the charts on board.

Apparently, the tug simply had too many checklists so they were often ignored. In addition, there was no towage plan and no toolbox talks had been conducted.

The Chief Inspector of Marine Accidents, Andrew Moll, also contributed to the seminar. He challenged the towage sector to improve safety in 2019 and suggested ways this might be done, including insisting that tug operators understand the requirements of every job, and improving communications. There should be contingency plans and pilots should always explain their plans to ships and to tugmasters.

One reporter wrote, ‘the challenges have been set for the towage sector and I expect there to be a positive report on safety and communications improvements at next year’s BTA annual safety seminar.”

The poor fool obviously thinks we can wave our magic wands and improve safety overnight. I fear he may be doomed to disappointment. Safety will continue to improve, but it will still be a long, slow process.

My first reaction on reading the reports was one of incredulity. Here was a grown-up tug man talking as if his employees were a bunch of morons who had never done a towing job before. However, upon reflection it struck me that people like Nick Dorman and Andrew Moll know what they are talking about, so their comments must be based on facts. On that basis, I must be the one who is not seeing things clearly. But why?

I think my problem is that I grew up in an industry in a particular location, where it took at least five years to train a tugmaster. Sailors who showed aptitude were gradually promoted from the deck to an assisting role, and were permitted to understudy the master.

When they were sufficiently experienced, they were allowed to have a go at navigating the tug between jobs and even taking her on and off her berth at the tug base. After several years they were gently introduced to tughandling during towing jobs, starting with the very easy ones, of course.

The point is, at the end of five years they knew the port like the back of their hands, were intimately familiar with all the jobs they were likely to encounter, knew the pilots and their individual quirks, and were generally ready to be let loose on their own to drive the smallest and least powerful tugs in the fleet.

Over time, they would graduate to more powerful tugs and the best of them would also be selected for seagoing work. To suggest that such people needed simple checklists in order to do their jobs would be rather insulting.

But the fact is that such training is, in many ports, no longer possible. Instead, a rapid increase in the workload has resulted in the need for more and more powerful tugs, and it has become necessary to train people much more quickly.

“Until now, I did not consider that modern training methods had a downside”

Hence the advent of modern training systems that can take a mariner from another sector of the industry, teach him or her to drive a complex tug, and turn out a capable tugmaster in less than one month.

I have seen these systems in operation in places like Australia and the UK, and I know how good they are. Until now, I did not consider that modern training methods had a downside, but perhaps there are unintended consequences.

Reading the reports from the BTA seminar, the comments about safety make sense if you consider that many of the tug crew members might be former fishermen, or even fishmongers, who have had one month’s training and been let loose in the port.

They may be excellent tug handlers and qualified mariners, but they may not have the in-depth knowledge of the port, or the ways pilotage is conducted, or any of the other attributes of people who have worked their way up over a number of years. Then all the comments about checklists make perfect sense.

I wonder if anyone realised that the new training methods were not the comprehensive answer to an industry’s prayers? I certainly missed it.

So in future when people ask me about new training systems, I will still be enthusiastic, but I will have to add some qualifiers – after you pay for the training, be prepared to pay for a major overhaul of your SMS and towage procedures. Such are the unintended consequences of a very good idea.