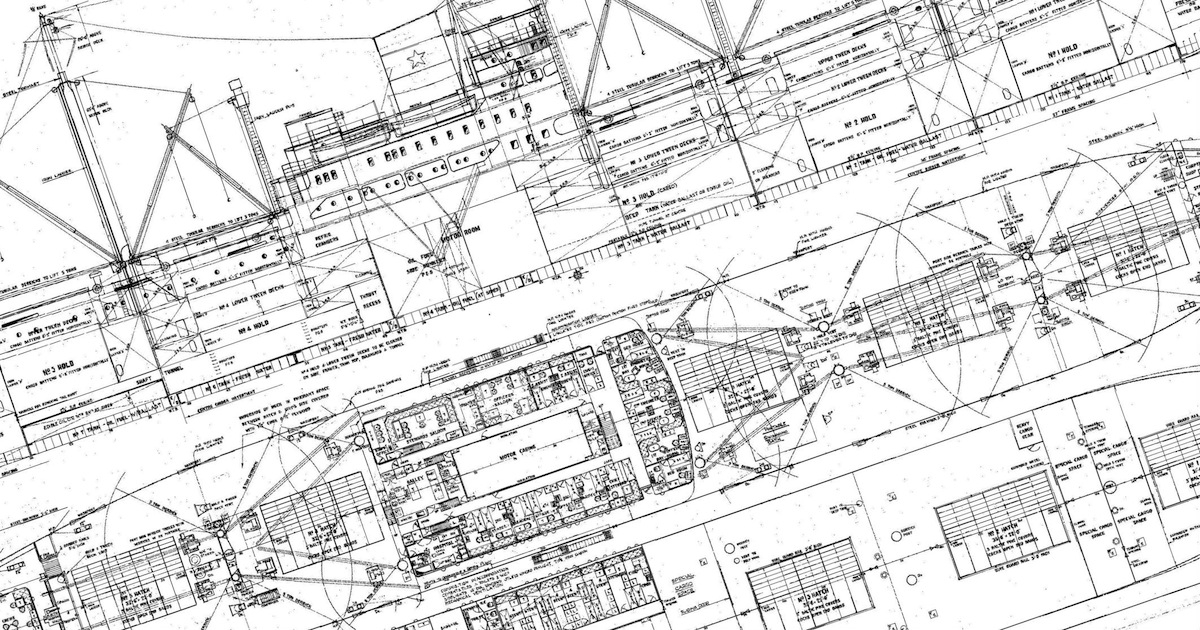 Ship design, we were brought up to believe is a matter of compromise – and lots of them! A shipowner, who, after all, is paying for the thing, requires a ship that can carry enormous quantities of cargo, has a miniscule thirst for fuel and can be manned by very few seafarers who don’t eat very much. And it must be cheap.

The chap who wins the contract to build the ship would like the design to be quick and easy to throw together, ideally the same as the ship he has just delivered and that the owner will pay him enough to actually make a profit. The people who will sail in the ship hope that it won’t fall to bits in months, that it actually works and is habitable in a seaway. It’s the naval architect who must reconcile these conflicting demands with meaningful compromises.

They don’t get much in the way of thanks, naval architects. “The chap who designed this engine room layout”, says an engineer who has brained himself on a low pipe while simultaneously skinning his knuckles trying to use a spanner, ”think that engineers are three feet high and are fitted with six arms.”

“A vibrating table in the master’s dayroom”

The chap who laid out the foredeck doesn’t earn the esteem of the customers either – The boatswain who has just tripped up on a ringbolt while using the winch, suggests amidst some very colourful language, that the hapless designer was either drunk or blind.

And if the ship gives the appearance of being exceedingly well designed, there is always some pesky vibration that will let the side down. I recall being told of a table in the very poshest restaurant on a brand new cruise ship, which, with the ship at full speed, threw everything on it onto the deck in seconds. In the end they kept it empty of passengers, but to preserve the look of the pristine room, they stapled all the cutlery to the table and glued the plates and glasses to the tablecloth.

The newest ship I ever sailed in was about 18 months old and filled with all sorts of exciting technological advances, most of which we couldn’t work. It had a vibrating table in the master’s dayroom, which defied all attempts to stop it leaping around with the ship at maximum revs.

It would clearly be inappropriate to slow the ship every time that the master wanted a drink, so the carpenter fashioned a huge baulk of teak which he jammed between the table and an overhead beam, which did the trick. It did look a bit odd, but the chippy tastefully varnished it, so it served as a sort of conversation piece when visitors called in port.

It is enlightening how the science of naval architecture, even its terminology, has changed over the years. As mere deck officers, rather than naval architects, whom we were given to understand were the intellectuals of the maritime industry, our lessons in naval architecture contained certain absolutes, which could not be ignored by people who designed ships.

A well designed ship, for instance, required a raised forecastle to prevent boarding seas, and a poop, to avoid being….pooped. A “rise of floor” was demanded, while nobody in their right mind would build a ship without camber, so that water on deck would swiftly wash itself over the side. Curved “fashion plates” would look good and avoid the dangerous discontinuity of right angles, which encouraged stresses to develop.

An elegant sheer would prevent spray coming aboard, while the fashion in my day was for a cruiser stern to smooth the waterflow at full draught. We were brought up to believe that no American designer could build a good-looking ship, while no Italian designer could ever build an ugly one.

Ahead, astern, or submerging?

Somewhere along the line, largely one suspects at the behest of the bean counters, all these absolutes melted away. Somebody worked out that it was a lot easier (and cheaper) to build a ship in which the uppermost continuous deck was perfectly aligned with the keel and absolutely flat.

Camber was a relic of sailing ships, somebody ruled, subsequently shouting down some ignorant sailor who objected. And so it went on: a cruiser stern required two dimensional plate bending – that would put the price up by 10 per cent, said the shipbuilder, so a great flat backside became the norm. And any feature that made a ship look even slightly distinctive, even when it was deemed to have stood the test of time was swept away in the quest for brutal-looking, utilitarian, cheaper designs.

I can remember walking around a new design of Suezmax tanker where the bridge was so low (a whole deck had been eliminated on account of cost) that in order to see over the bow with the ship on an even keel, the officer of the watch would have to either stand on a box, or stand his watch on the monkey island. This, the shipbuilder proudly suggested, was perfectly acceptable. Maybe the owner could employ very tall officers.

All this was a very long time ago, but it is interesting to see that ship design is once again enjoying a period of convulsion, with strange shaped bows and sterns, bulbous constructions having become a bit passe. There was a cartoon doing the rounds when one of these extreme new designs first appeared “I can’t tell” comments an onlooker –“whether she is going ahead, astern, or submerging”.