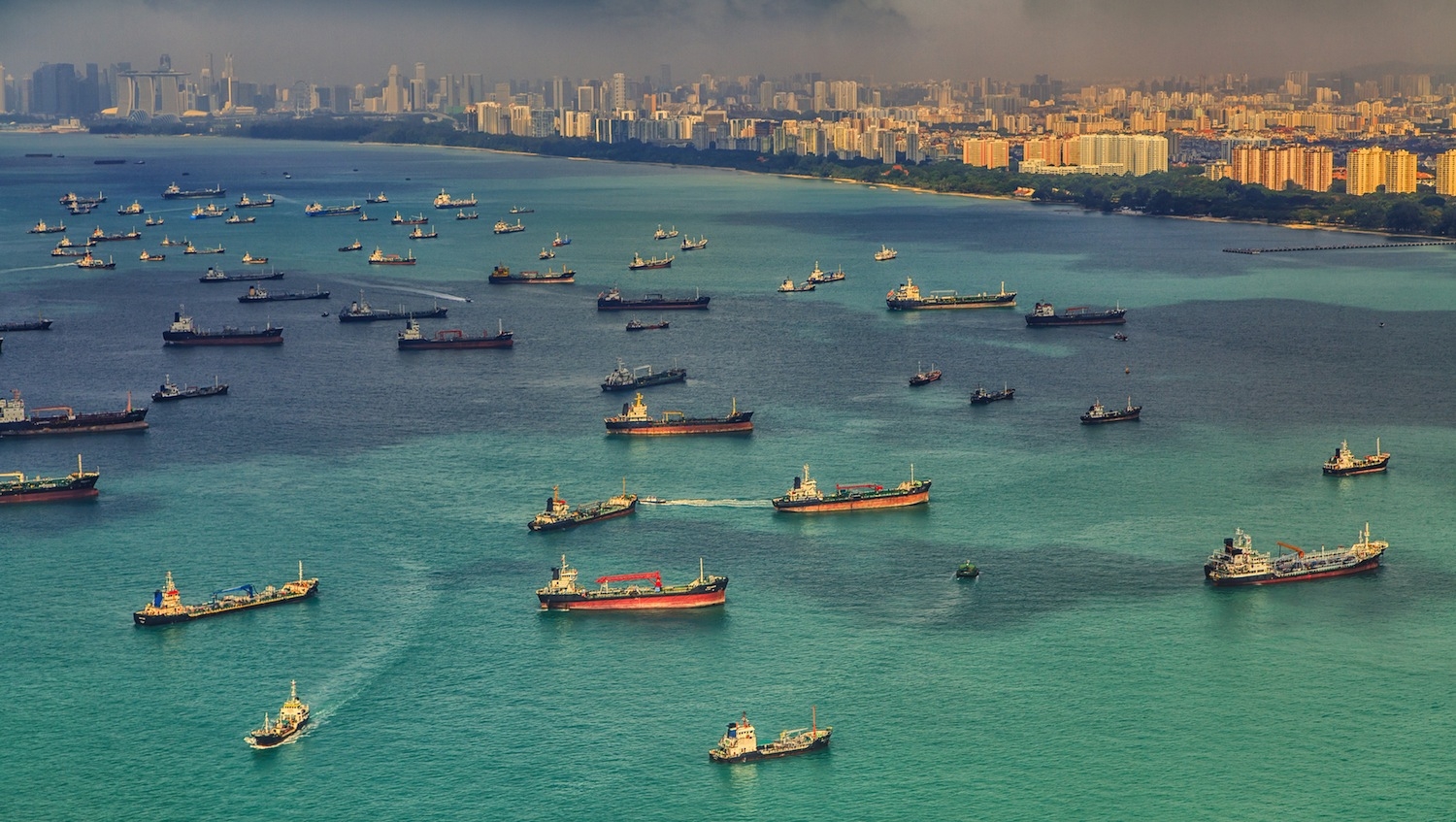 Martin Rowe is the head of Clarkson’s Platou in Hong Kong where he is responsible for global ship Sale & Purchase (S&P) as well as chartering. He was kind enough to take the time to chat with WorkBoatWorld.com to discuss the state of the global market for commercial vessel S&P and chartering.

WBW – Are we over the GFC-originated shipping depression yet?

MR – In terms of dry bulk, probably yes. We’ve been seeing a sustained recovery in dry bulk rates since last year and are finally getting through the overhang of vessels that were ordered at the end of the GFC. It’s in the early stages of recovery with relatively few new-building orders placed in 2016 with the numbers only just picking up now. There is an opportunity for a sustained recovery but we don’t want to see a situation where the market spikes and new orders return to silly levels.

Container growth has proven to be more robust than people anticipated and we did see a highly accelerated program of scrapping. The collapse of Hanjin was like a cardiac arrest for the container market and the arrest and disposal of their assets are still not finalised.

There’s been a sharp rebound in second hand prices for containerships with prices doubling from historic lows in the last six months. $60 million Panamax containerships that were six or seven years old were selling for scrap prices of $5 million, these are now going for $11 or $12 million. It’s not much comfort to owners who still have $40 million of debt on the vessels however. Much of this recovery could be a sugar rush though, with several owners chartering smaller vessels as interim until their larger new builds arrive.

WBW – What about the global overhang of OSVs?

MR – Whereas the dry bulk market could be considered to be out of the intensive care ward and now in the recovery ward, the offshore market has only just arrived in the intensive care ward. There isn’t a single big offshore operator with positive balance sheets – either they’ve gone bankrupt or they have balance sheets that suggest they should be.

We’re going through a period of record lows of investment in new offshore projects. Servicing of wind farms and decommissioning of old oil platforms are points of light but there aren’t enough of these projects to soak up the glut that exists and will continue to exist as new vessels continue to flow into the market. A lot of this has been fuelled by the use of cheap debt rather than equity, driven by the banks who thought that the oil industry was a one-way bet and assumed that oil couldn’t go below $70.

Offshore oil and gas is a very volatile market, oil prices can change 100% in little to no time. If something happens to close the Straits of Hormuz we could be back up to $120/barrel in a day. People were taken by surprise by a number of factors such as the cheaper cost of shale oil and changes to the use of oil in transportation from the rise of Tesla for example.

WBW – Judging from what has been happening in Singapore, Norway, Aberdeen and the Gulf of Mexico of late, it would seem we have a way to go before all the liquidators and receivers have sold off the bankrupt fleets. How long would you expect them to overhang the market?

MR – So long as interest rates are low banks will prefer to keep kicking the can down the road. They’re too squeamish to bite the bullet and are happy to keep zombie companies alive. This current offshore and shipping crisis has cheap money – back in the 80s it was too expensive to keep zombies – now there is little penalty.

By and large the zombie companies are preserving the assets well with appropriate care and maintenance. There’s also a big difference between a big ship versus an OSV for being put into lay-up. Cape Size preservation rate can be as low as $1,200/day whereas OSVs need almost a full crew to keep the maintenance as the equipment is quite specialised.

Another thing to consider is that OSVs lose value faster. A Cape Size bulk carrier has 21,000 tonnes of steel in it and with a 15-year average scrap value of around $350/tonne the residual or scrap value is not going to drop much below ~$7 million. OSVs have comparatively little steel in them for their purchase price and the technology is rapidly changing and needs updating.

WBW – Are there big discrepancies between, say, Norwegian/Dutch-built vessels and those from Chinese, Malaysian and Indonesian yards? Will those be accounted for by price or will it just be impossible to move inferior quality boats?

MR – Quality in China has improved in line with the effort that the owner puts in. You can definitely get a good vessel but it takes effort. If you’re prepared to implement supervision at the yard then yes, you can get the build quality.

WBW – What about crew/supply boats? Presumably there is an oversupply, so to speak, of those?

MR – This is an area that is actually benefiting from the down turn as their utilisation is one way to reduce costs for offshore operators. It’s a lot cheaper to utilise a fast crew boat rather than helicopters.

WBW – Is there a significant demand developing for OSVs from other sectors such as wind, construction, fishing, passenger, seabed mining and naval owners?

MR – From what we’ve seen these other projects represent maybe 10 to 15 per cent of the purchases, it’s definitely not enough to soak up the excess market. And there’s only so many billionaires looking to convert an AHTS into a yacht.

WBW – How about other workboats? Tugs still seem to be in demand. Can you see that situation continuing?

MR – The tugs themselves are getting bigger as ships get bigger. Port development in Asia is still going strong with “One Belt, One Road” driving a lot of it. The future is fairly positive for tugs. Tug operators are quite cost conscious and generally prefer to get a bigger vessel as a replacement rather than an additional one of the same size.

WBW – What about ferries? Can you see any move for better quality ferries from richer to poorer countries as governments and owners awaken to the dangers of the sort of “clapped out” old death traps you see around South-East Asia?

MR – Ferries are one of the points of light in the newbuild market with passenger and freight Ro-Ro’s both going well. They’re expensive to build so yards have shied away for a while but as the yards are very hungry for orders they’ve had to return and so ferries are enjoying their moment in the sunshine. New environmental laws in Europe are causing a refresh in the market there as refits to comply with the tougher emissions and safety standards are too expensive.

Right now there’s not enough money in the poorer countries to renew fleets and the rent-seeking behaviour of owners is resulting in entirely avoidable accidents. Kneejerk reactions by governments in that part of the world are hampering the introduction of safe second-hand vessels. Market distortions such as fuel subsidies are preventing the economic justification for fleet renewal in Indonesia for example. What’s needed is financing from somewhere like the Asian Infrastructure Investment Bank to allow fleets to be renewed, say 30 to 40 year loans at preferable interest rates to allow improved designs with improved safety equipment.

WBW – It would seem the S&P market is replete with opportunities for those who work on the principle of “fortune favours the brave”. Would you agree?

MR – Yes, it probably is, but sometimes you need to be very brave. There are still opportunities now but less than there were 12 months ago.

The tanker market is going into a down cycle and opportunities are there but owners aren’t under pressure to sell at discounted levels. There’s less of a risk buying bulkers as the residual value is quite high, especially when compared to OSVs. Anyone going in now must have the spare cash to survive until the market recovers.